So Doug Ford’s Conservatives are apparently sending out donation requests disguised as “invoices” for $300 now. I fear this will confuse and scam some people into thinking they owe this money. This is a new low even for the @OntarioPCParty. #onpolipic.twitter.com/GcB06xgJke 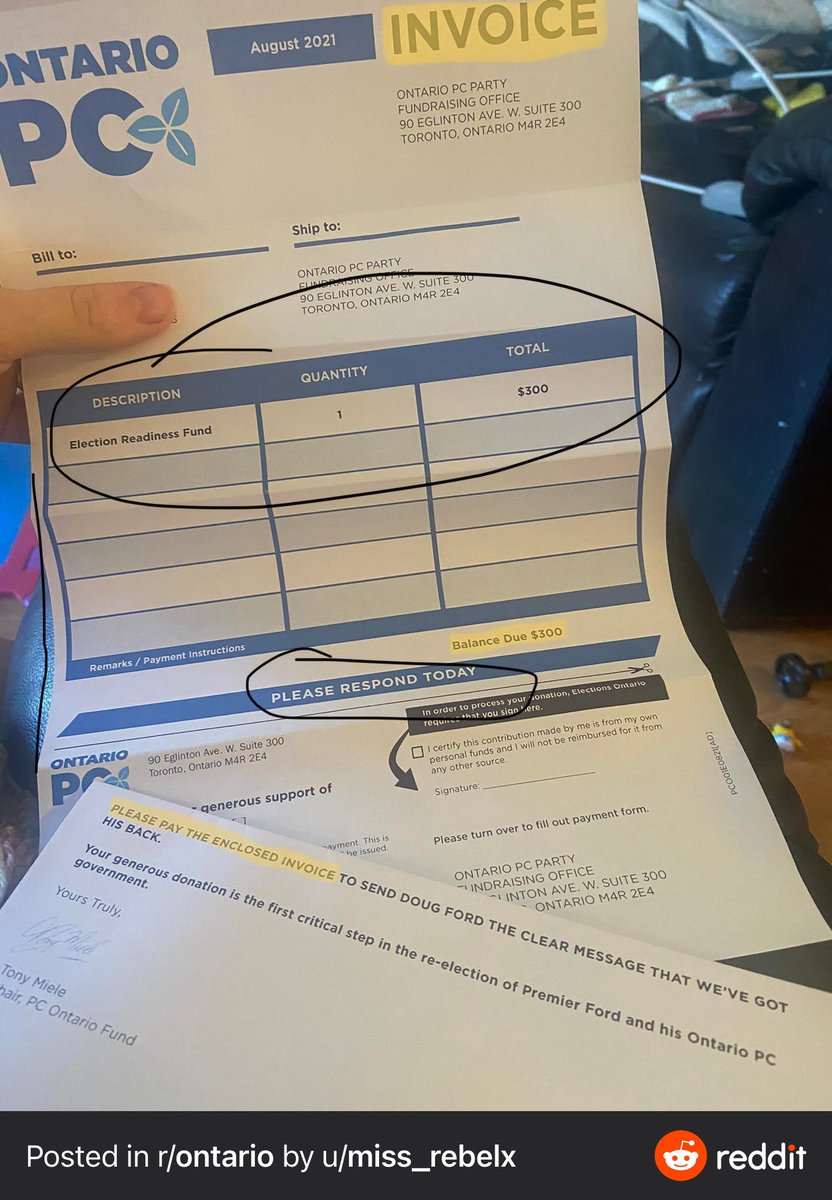 Not only is the Ford government’s fiscal mismanagement totally irresponsible, but it is dangerous and ultimately hurt our health & economy. Doug Ford’s Conservatives have proven they’re incapable of leading during this crisis. They must go in June. #onpolihttps://www.cbc.ca/news/canada/toronto/ontario-public-accounts-spending-1.6188162 …

“People who choose not to get the COVID-19 vaccine due to personal preferences or ‘singular beliefs’ do not have a right to accommodations under Ontario’s human rights law, the province’s rights watchdog says” #onpolihttps://www.thestar.com/news/gta/2021/09/24/anti-vaxxers-dont-have-a-right-to-accommodations-ontario-human-rights-watchdog-says.html …

Still don’t believe it but I successfully defended my MA thesis last week. Finalized my submission from the back of a farm truck today and had to snap this pic of my two worlds colliding. Endlessly grateful for all those who have supported me through these tough few years.pic.twitter.com/MeXLIwfwcE 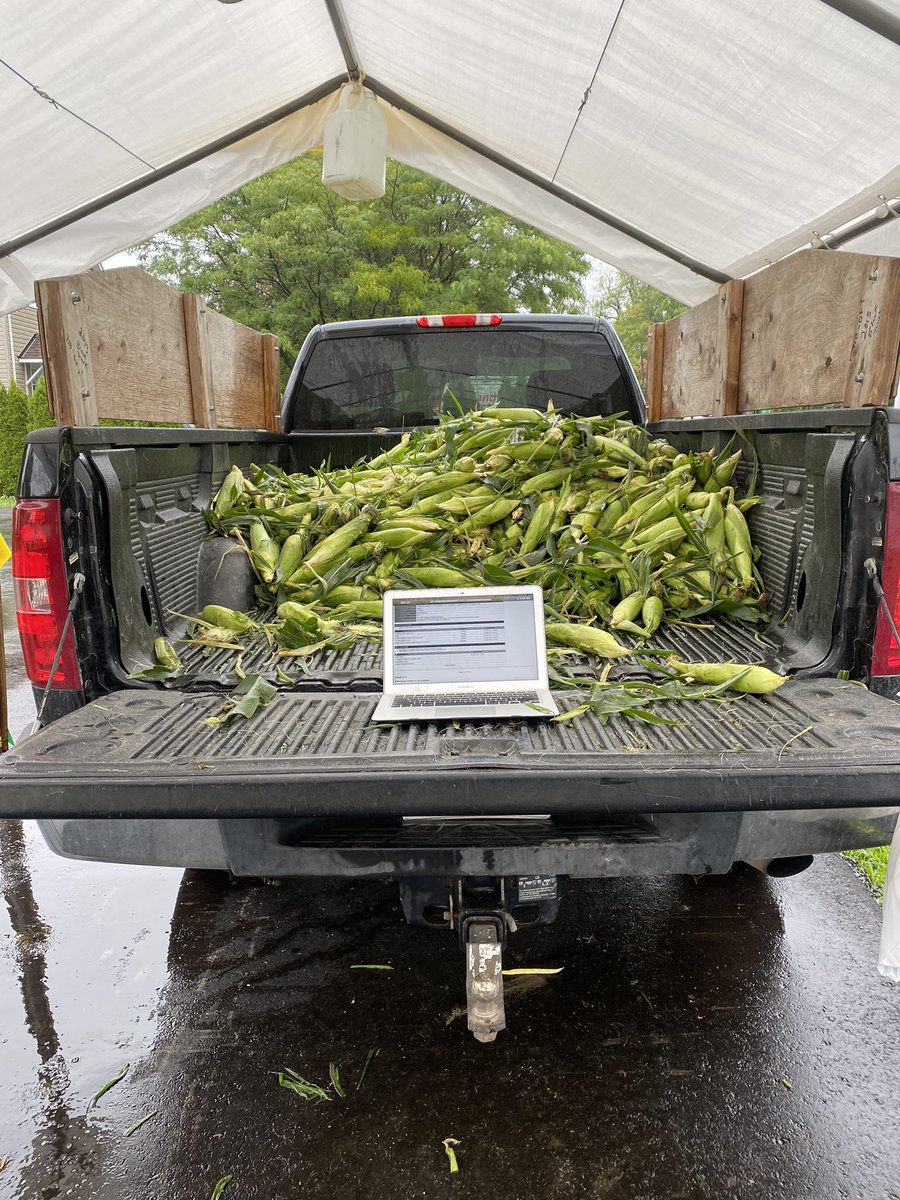 Incredibly proud of my best friend and roomate @erin_quevillon who successfully defended her Master’s thesis. The topic she researched, the accessibility of accurate scientific research findings for the general public, couldn’t be more relevant right now. Congratulations Erin

While Quebec is giving nurses up to $18,000 in bonuses to retain & recruit them, Doug Ford slapped nurses in the face with Bill 124 in the middle of a pandemic. The Ford government has totally disrespected & abandoned us during this crisis. #onpolihttps://www.cbc.ca/news/canada/montreal/quebec-plan-nursing-staffing-crisis-1.6186971 …

Premier @fordnation & Minister St. Barts need to step up and protect the vulnerable seniors in long-term care with mandatory vaccinations for workers. The Ford government’s half-measures are ineffective at keeping these residents and workers safe. #onpolihttps://www.cp24.com/news/ontario-still-undecided-on-making-covid-19-vaccines-mandatory-for-long-term-care-staff-1.5597890 …

After all the suffering & death we’ve seen in Ontario’s LTC homes during the pandemic, this is unbelievable & simply wrong. In Doug Ford’s Ontario you have to be vaccinated to go to a restaurant but NOT to work directly with those we know are most vulnerable to #COVID19.https://twitter.com/CP24/status/1441122471290105864 …

Ontario says there are now 702 schools in the province with a reported case of COVID-19. The province is reporting more than 14 per cent of schools have COVID in schools.http://torstar.co/E77j50GfqNg

A reminder that it isn’t staff who made this vaccine policy. Harassing them will not achieve anything. You can write to your local MPP & perhaps consider getting vaccinated if not being allowed into non-essential businesses enrages you this much. #onpolihttps://www.cbc.ca/news/canada/ottawa/restaurant-threats-verbal-abuse-asking-for-proof-of-vaccination-1.6185548 …

Premier @fordnation needs to step up and do this for Ontario as well. We need to protect our vulnerable populations. #onpolihttps://twitter.com/Mikeggibbs/status/1441006492459716610 …

An Uber driver just stopped by the minivan to let me know his brother's kids autism funding got cut. That is the ninth or tenth family that has stopped by to share their story with me. Strangers. Driving from across the GTA so they feel heard.

This is just another reason why Ontario should have been working on the QR code program months ago. The vaccine certificate launch yesterday was a mess and the current documentation we’re using can be easily replicated. #onpolihttps://www.thestar.com/business/2021/09/23/almost-anyone-can-fake-an-ontario-vaccine-certificate-and-concerns-about-bogus-documents-are-mounting.html …

Just had a shift at work (bartending) and let me tell you, this implementation and roll out is absolutely dismal. Already lost some customers simply because the Ontario government couldn't act more quickly and implement a fused QR code that we could scan. #onpolihttps://twitter.com/tylerwatt90/status/1440772559235006472 …

Nurses deal with abuse on a daily basis. The fact we are seeing increasing violence like this is totally unacceptable.https://twitter.com/torontostar/status/1440781196099604482 …

Who else is frustrated with this chaotic launch of the vaccine passports in Ontario?

As a premier who is paid by the people to act in the best interests of the people, this should concern everyone. Nobody hides things that look good on them . Our tax dollars being spent to deceive us is insulting and the people of Ontario deserve better. Terrible precedent to sethttps://twitter.com/tylerwatt90/status/1440736416825106444 …