When someone says, "I'm not religious, I'm spiritual" what are they telling you?

Ever wonder what cities of North America were like before the coming of cars? Rather wonderful, judging by restored film clips. Take a ride on a streetcar down Hastings St. in #Vancouver 1907. Pedestrians, horse-drawn carriages...and daring cyclists.pic.twitter.com/sEzU7lQfFM 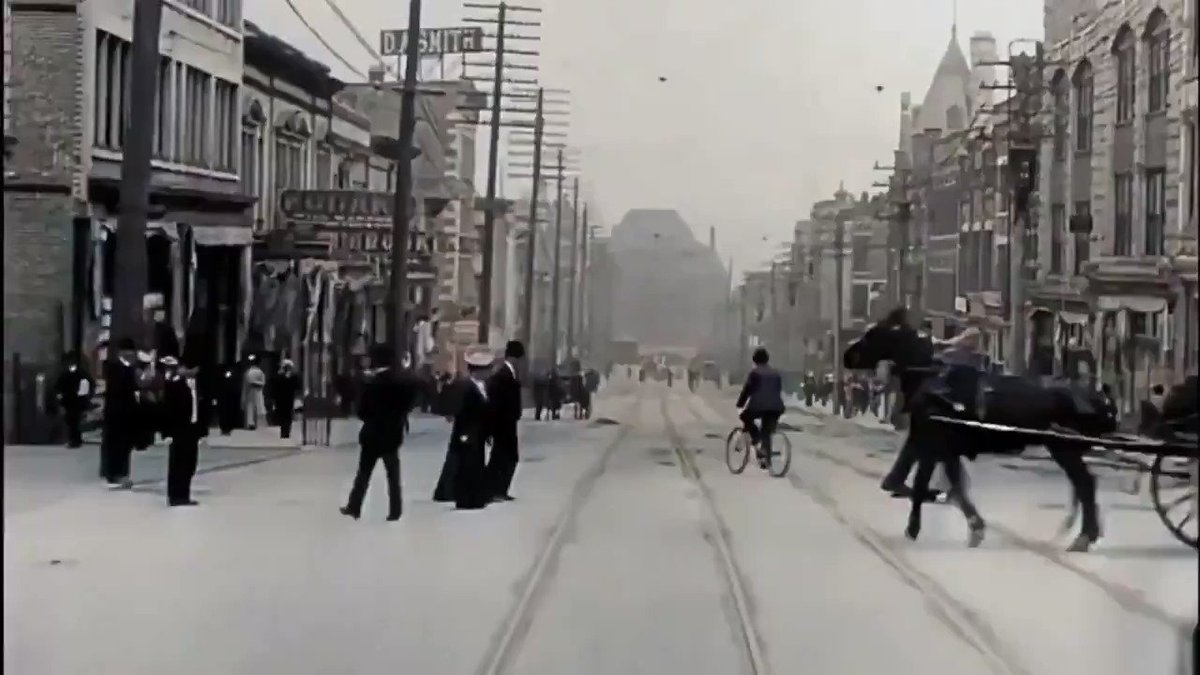 #CNN Alberto Gonzales?! why in hell are you giving time to that criminal, you couldn't find someone who doesn't condone torture?

Ron Johnson fake outrage is a joke, he wouldn't have helped get any Afghan's out of Afghanistan, he doesn't care what the vetting process is.

Ron Johnson's fake outrage is a joke, he wouldn't have helped get any Afghan's out of Afghanistan, he doesn't care what the vetting process is.

Ron Johnson's fake outrage is a joke, he wouldn't have helped get any Afghan's out of Afghanistan, he doesn't care what the vetting process is.

Can someone name another western Country that there people are afraid to become an #election official ? U.S. election workers are being threatened on a regular bases. The #MAGA think they're involved in the "big lie"

"You have to admit the role that you played in putting the person in leadership who is driving the conspiracy theories," @rolandsmartin told former Gov. Chris Christie.https://mediaite.com/a/geonf

#CNN it's Monday, please stop telling us how wonderful George W. Bush's speech was. He's a war criminal, Stop helping him restore his respectability. All weekend nobody even mentioned he started the Iraq war on a lie.

I watched coverage of the 9/11 ceremonies, not one pundit mentioned that George W. Bush started an illegal war that killed hundreds of thousands innocent people. How quick people forget.

Osama Bin Laden did not fly planes into the WORLD TRADE CENTER!! Bin Laden asked & inspired others to do it, used his huge financial empire & resources for the effort, decided when and where and set the execution from afar. HOW IS Donald Trump’s role in 1/6 ANY DIFFERENT?pic.twitter.com/SRiFM5RfH4

Bush just proved even a war criminal can give a good speech.

I see George W. Bush on #CNN, does America remember he's a war criminal and started a war on a lie that killed hundred's of thousand's of innocent people? I guess it doesn't matter.

I don'tknow how Jake Tapper did it but he managed to "both sides do it" anti vxxers. There aren't 2 sides, there are selfish anti-vaxxers that's the whole problem.

Chris Christie wants the Republican party to be "perceived" as telling the truth. Why not start with bringing policy forward that actually helps people.

The new American right also commands Fox News and a vast echo chamber that constitutes one of the most powerful disinformation and "disimagination" machines in human history.https://www.salon.com/2021/09/10/what-year-is-it-in-america-anyway-how-complacency-and-naivet-brought-us-to-this-crisis/ …