Didn't Rachel just say she was running late for something? #maddow #lastword

The city of @Lafayette_CO should be enforcing CO Statute 42-4-255 against modified mufflers on vehicles. Owners of these vehicles w/modified mufflers are violating noise ordinances, disrupting & terrorizing the communities & neighborhoods with their extremely loud vehicles.

Fox News #FoxandFriends continues to promote lies and misinformation to their viewers. @ComcastColo please remove this propaganda and violence inciting channel from the cable.https://twitter.com/HyperDF/status/1450441579639054339 …

Dear @POTUS & @dscc Can we get a Democrat who actually cares about West Virginians to primary Joe Manchin?#morningjoe

Surely Trump's lawyers know that executive privilege only covers current presidents, not past ones. Trump knows it too but he keeps finding suckers to sucker for him. #morningjoe

The average income of a West Virginia resident: $26,000: 2nd poorest state in America and WV has consistently been in the top 5 poorest states in the U.S. Why does #morningjoe consistently leave out that fact when discussing @Senator_JoeManchin?

Everything's bigger in Texas including the the stupidity. @tedcruz @GovAbbottpic.twitter.com/94OJVw8b5b 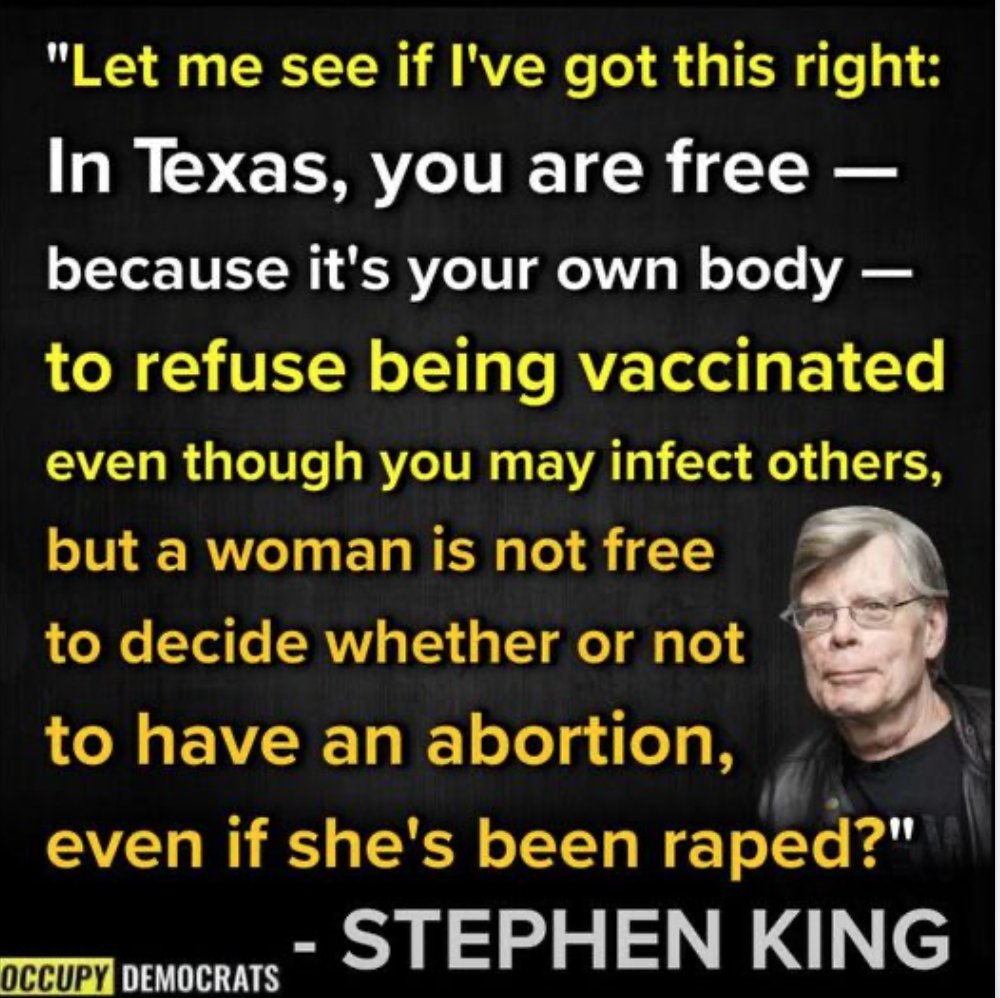 U.S. Companies are greedy as hell. Don't want to good wages to the workers that help make the companies successful and rich.https://twitter.com/MorePerfectUS/status/1450093618962878467 …

All because selfish, spoiled, entitled people in @douglascountyco threw a childish hissey fit over masks in schools.https://www.denverpost.com/2021/10/18/arapahoe-adams-tri-county-public-health-costs/?trk_msg=OJVLB9EDGR84LC8GFQ2532D4TK&trk_contact=14G8173J9MIIRERA62R4GUH7SO&trk_sid=RLQDRL1ESAI7KD14I5SCELQU98&trk_link=SABIIFLBVKK4RF9VOQGVRS40VG&utm_email=35F325A2F43A148F2478149E71&g2i_eui=X6c%2bDGAsroThgQPV8a2%2bTsDIVsb8BB0g&g2i_source=newsletter&utm_source=listrak&utm_medium=email&utm_term=https%3a%2f%2fwww.denverpost.com%2f2021%2f10%2f18%2farapahoe-adams-tri-county-public-health-costs%2f&utm_campaign=denver-mile-high-roundup&utm_content=manual …

Thank you #lastword for dragging @nytimes & It's article by @katekelly & @arappeport that was "dedicated to criticisms of the proposal that varied from ignorant to profoundly ignorant."https://www.msnbc.com/transcripts/transcript-last-word-lawrence-o-donnell-10-14-21-n1281634 …

Joe giving Colin Powell a pass for lyng to the world about the "irrefutable and undeniable evidence" that Iraq was building weapons of mass destruction. #morningjoe

@Senator_JoeManchin market forces killed coal because it's dirty, toxic and kills people. Why do you want to defend it? You've had years to get retraining for West Virginian coal folks but you've done nothing.