The filibuster: Here’s what it is, and here’s why it stinks.pic.twitter.com/iIhBcSLTt7 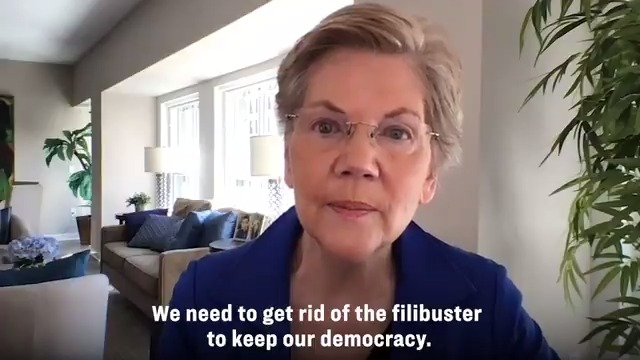 Billionaires have louder voices than anyone in Washington. But that doesn’t mean they’re the only ones we’ve got to listen to.

Health care is a basic human right. We can’t keep denying people the care they need just because the big drug companies have the best lobbyists in town.

Facebook gobbled up Instagram because they were too chicken to compete against them fair & square for younger users. When there’s one big game in town, there’s a whole lot less pressure to offer the best service—or do the least damage. #BreakUpBigTechhttps://www.wsj.com/articles/facebook-knows-instagram-is-toxic-for-teen-girls-company-documents-show-11631620739 …

Wells Fargo has been caught red-handed cheating consumers. Not once. Not twice. Not three times. Not four times. Not five times Not six times. Not seven times. But eight times in recent history. That we know of. It's time for real consequences.https://www.nytimes.com/2021/09/14/business/wells-fargo-elizabeth-warren.html …

This is why you answer even when you don't recognize the number calling...... Be like @ewarren and join our campaign today! https://secure.actblue.com/donate/mandela-social-warren?refcode=tw-210914 …pic.twitter.com/noG09YQtl5 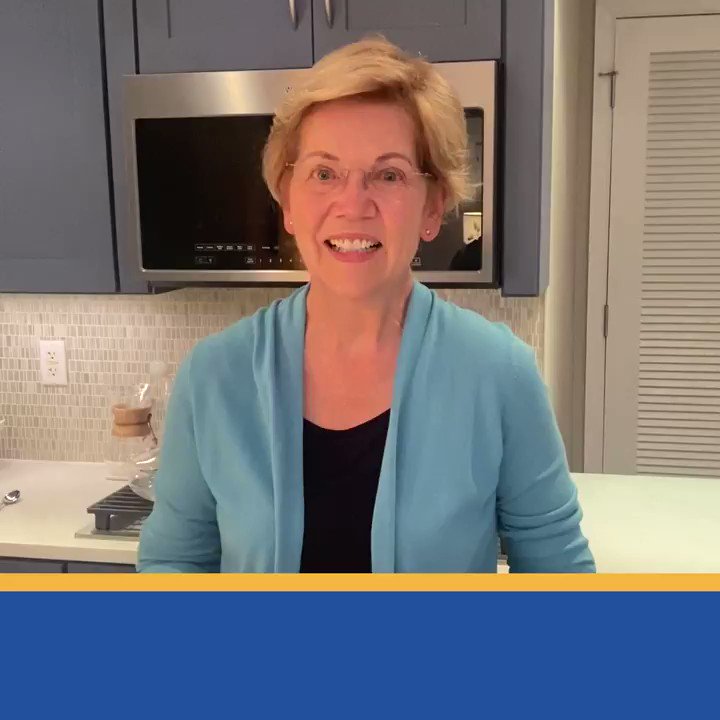 Woo-hoo @Ruthzee4Boston! Congratulations on making it through to the November election for At-Large City Council. I’ve seen how hard you fight for working people, and I know you’re in this fight all the way.

Go @WuTrain! I’m so happy that you’re now one step closer to becoming mayor of Boston—because it means we’re that much closer to big, structural change for families. Now let’s go win in November.

This is the result of a failed experiment: slashing funding for higher education and shoving students into debt. To make things right, President Biden must #CancelStudentDebt, and we need free two- and four-year public college and technical schools.https://www.cnbc.com/2021/09/09/america-has-1point73-trillion-in-student-debtborrowers-from-these-states-owe-the-most.html …

I’m very glad to endorse @TheOtherMandela for U.S. Senate in Wisconsin. He grew up in a proud union family, and he fights from the heart to rebuild the middle class, root corruption out of Washington, and strengthen our democracy.https://twitter.com/TheOtherMandela/status/1437764526309580804 … 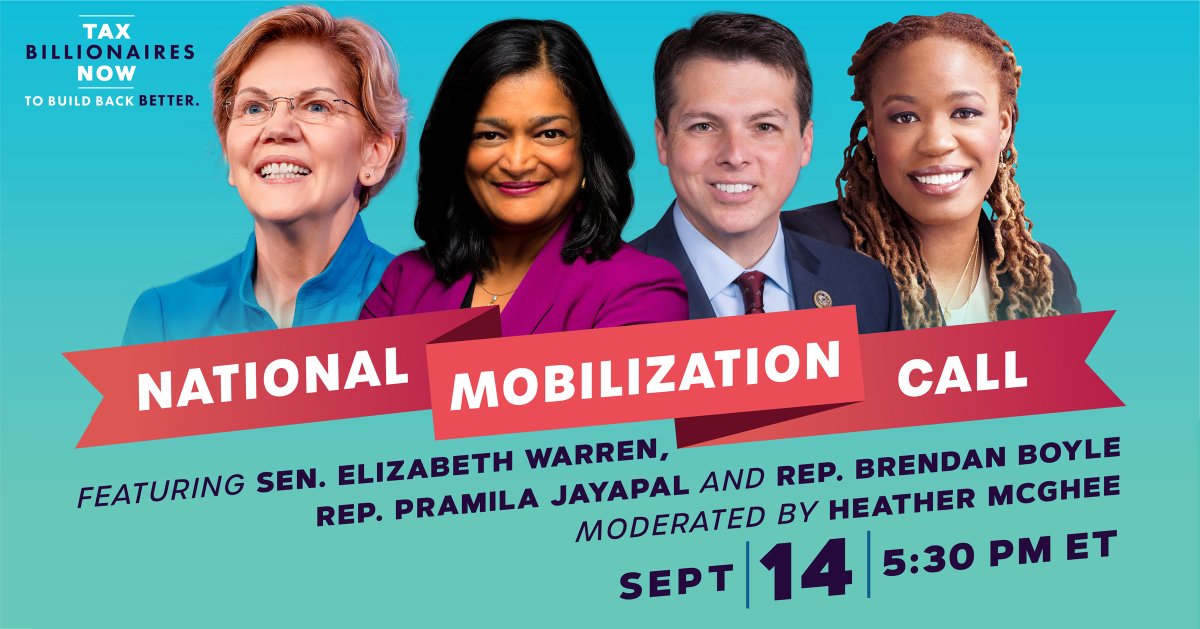 Right now, 1 in 4 women who are out of the workforce say they can't go back because they can't find child care. If we want an economic recovery that lifts everyone up, it’s time to invest in quality, affordable child care just like we do in roads and bridges.

The very, very wealthy increasingly seem to think that paying taxes is optional. Three straightforward changes will set them straight and get them paying a fair share: beefed-up enforcement against wealthy tax cheats, a #WealthTax, and a #RealCorporateProfitsTax.

It was a great Meet and Greet in Northampton today. We talked about tackling the climate crisis, canceling student debt, and ending the filibuster.pic.twitter.com/zh35p5OTQe

When I first met Michelle Wu, I knew there was something special about her. She fights from the heart with big, bold ideas and does the work needed to make a difference in people's lives. Boston: Cast your ballot by Tuesday, 9/14 to get @WuTrain one step closer to being mayor!pic.twitter.com/as4hfIUqdc

I’m #TeamRuthzee. She’s proven that she will defend tenants, promote equity in public schools, and fight for racial justice. It was great to be in JP yesterday. Vote @Ruthzee4Boston City Council At-Large by Tuesday, 9/14!pic.twitter.com/5nF2SEwslR

On today’s 20th anniversary of 9/11, let’s come together to remember those who lost their lives, support their loved ones, and honor and care for the first responders and service members who put their lives on the line.

Partisan gerrymandering suppresses the will of the people. We have to ban it once and for all.