Now that we've passed a budget resolution, we're closer to making a once-in-a-generation investment for families. And we can easily fund it by making the rich & big corporations pay their fair share. Read my op-ed on 3 ideas that would raise $5 trillion+.https://www.washingtonpost.com/opinions/2021/08/12/elizabeth-warren-tax-system-infrastructure/ …

I'm glad @usedgov revised @BetsyDeVosED flawed policy on regulation and oversight of student loan servicers. @SenSherrodBrown, our colleagues & I want this approach expanded to state laws to bolster protections for borrowers and consumers.https://www.nbcnews.com/news/education/biden-administration-revokes-trump-rule-student-loan-oversight-paves-way-n1279132 …

I'm glad @RepBlais and Rep. Domb have introduced a similar bill to my resolution to designate the first Monday of March as COVID-19 Remembrance Day. We must honor family, friends & neighbors we've lost & those who continue to be affected by this pandemic.https://www.gazettenet.com/Local-reps-introduce-bill-for-COVID-19-Remembrance-Day-42380610 …

.@Amazon and @BankofAmerica paid less than 10% in taxes on total profits in 2020. The US statutory corporate tax rate is more than twice as high. Adding a 7% tax on profits would raise billions to spend on infrastructure, child care, and more.pic.twitter.com/lzmwus7m9S 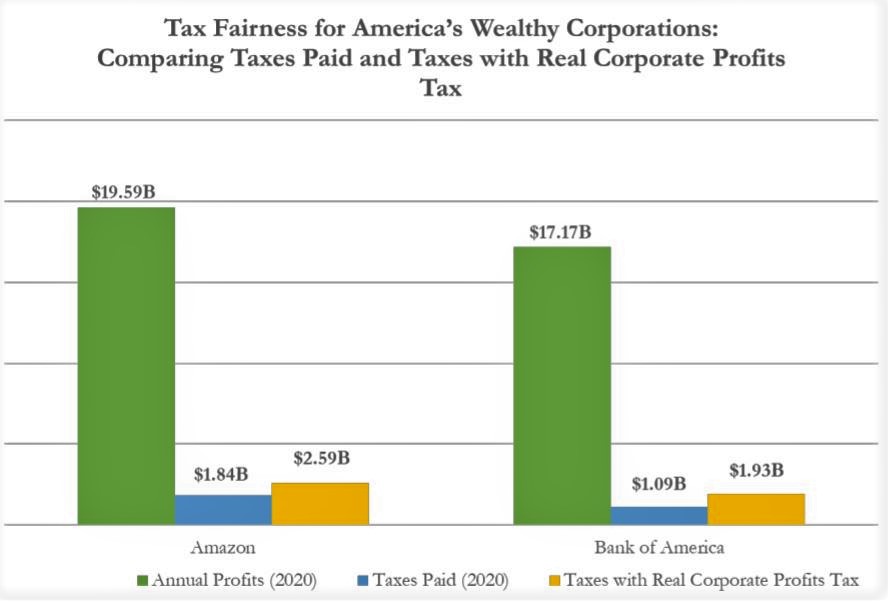 Here’s what some of the top ultra-rich like @Jeffbezos and @Elonmusk paid in federal taxes on their wealth in 2018—you can barely see it below. With a #WealthTax: they'd pay about 3% of their wealth in taxes to invest in America and still pay less than the bottom 99%.pic.twitter.com/xGfxdgHIOB 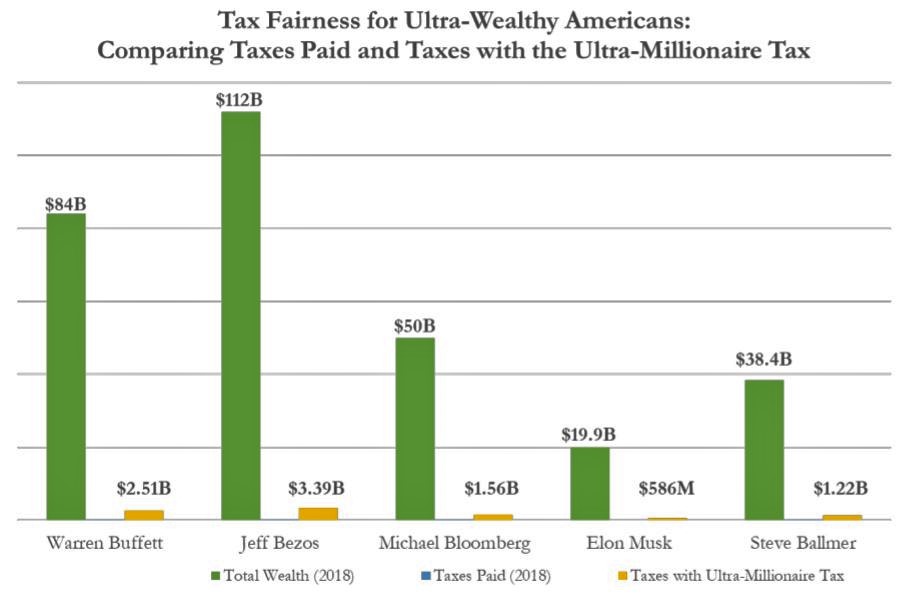 A new report from my office shows we miss out on trillions in revenue by allowing the richest of the rich to avoid paying their fair share in taxes. But there’s good news: Congress can fix our broken tax system in the reconciliation bill.https://www.warren.senate.gov/newsroom/press-releases/new-report-the-big-escape-how-the-ultra-wealthy-avoid-paying-taxes-and-how-to-fix-it …

A review of Fed ethics rules is long overdue but it shouldn't prevent regional Fed leaders from acting on their own. Today, they can adopt strong ethics rules that bar leaders from trading and owning individual stocks.https://www.wsj.com/articles/elizabeth-warren-calls-on-fed-banks-to-bar-leaders-from-stock-trading-11631784601?mod=hp_listb_pos2 …

Republicans added trillions to the deficit under President Trump, but now they’re refusing to raise the debt ceiling to pay their bills. My view on this is: Republicans are just playing politics, and as Democrats, we're just not going to take the bait.pic.twitter.com/jN9Ui8U0ZF 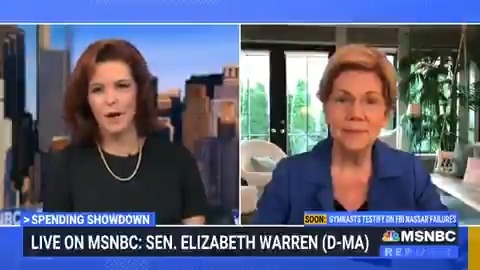 .@WellsFargo has had not one, but numerous major scandals in recent history that we know about and they've all been about cheating the American public. When you cheat consumers that much, I say it's time for regulators to step in and break up this giant financial institution.pic.twitter.com/hrI3ewrorH 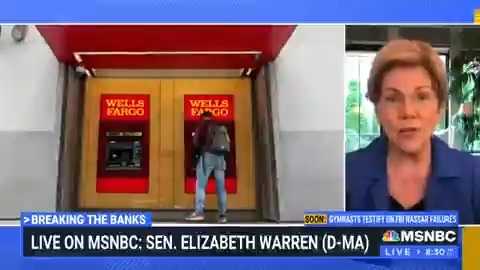 At every moment in our nation's history, Latino communities have been at the forefront of the fight for social, racial and economic justice. Latinos make our country stronger and contribute every day to the rich fabric of our nation. #HispanicHeritageMonth

Today four courageous gymnasts gave testimony about a system that failed to protect them and countless others from horrific acts of abuse. We must demand accountability for those who failed them.https://twitter.com/CNN/status/1438161159602032651 …

.@FTC is taking another vital step to strengthen its enforcement and to restore competition to our marketplaces, including to tech platforms overrun by giants like Google and Amazon. We need to break up Big Tech, and streamlining investigations in this way is critical.https://twitter.com/FTC/status/1437883650033475593 …

The Republican leader in the Senate wants to make sure everyone understands: defaulting on our debt would be an economic nightmare that cannot happen - and he will do everything he can to make sure that's exactly what happens.https://twitter.com/JakeSherman/status/1438085423939690498 …

In the face of high and unpredictable crypto fees, small investors could easily get jammed & wiped out. I told SEC Chair @GaryGensler that regulators need to step up to address crypto's regulatory gaps and ensure we're building the inclusive financial system that we need.pic.twitter.com/P355G8Y1ro 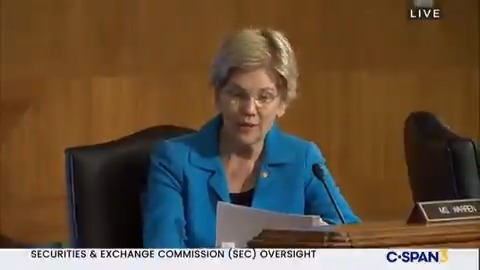 I agree with Chairman @RonWyden: we need to pass a bill that ensures that billionaires and corporations are finally paying their fair share. A wealth tax and my Real Corporate Profits Tax are two ways to get that done.https://www.nytimes.com/2021/09/13/us/politics/tax-plan-democrats.html …

.@WellsFargo hired a new CEO and called ending this corruption a “top priority.” It’s been two years, he’s been paid $50 million, and Wells still can’t follow the law. Now the Fed must act and revoke Wells’ status as a financial holding company.https://www.nytimes.com/2021/09/14/business/wells-fargo-elizabeth-warren.html …

Black Americans are more likely to have student debt at every education level, and millions are struggling to pay off their debt without a degree. We need President Biden to #CancelStudentDebt to lift this burden and help close the racial wealth gap.https://www.businessinsider.com/black-borrowers-no-degree-white-borrowers-advanced-degree-student-debt-2021-8 …

There have been disturbing reports about Amazon's pattern of mistreatment of pregnant employees at its fulfillment centers. I joined @Gillibrandny and colleagues in calling for an investigation.https://www.washingtonpost.com/technology/2021/09/10/amazon-warehouse-productivity-laws/ …

How many lawyers, accountants & lobbyists do you have? The wealthy and giant corporations deploy armies of them to avoid paying their fair share in taxes. We need to give the IRS the resources to catch wealthy and corporate tax cheats.