#ASEANImposeJuntaEmbargo ASEAN, LISTEN TO THE PEOPLE OF MYANMAR 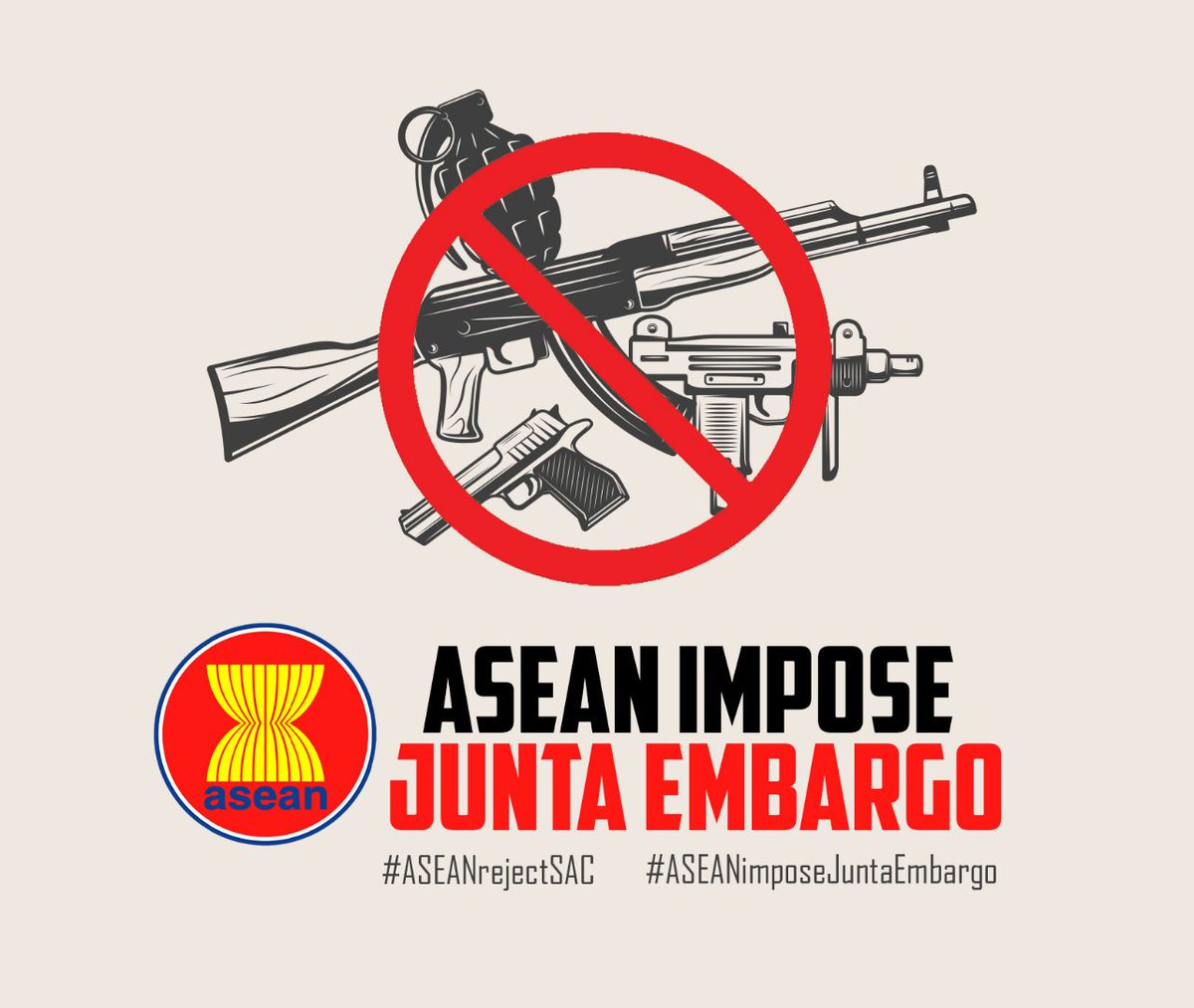 US Mission to ASEAN

U.S. Mission to the UN

#Myanmar’s military is responsible for genocide, crimes against humanity and war crimes, and continues to kill and arrest its own people for resisting the coup. No country should recognise, legitimize or support Myanmar’s military junta. https://aje.io/m76juz  via @AJEnglish

About 1,400 villagers from 11 villages in #Htantlang Tsp have been forced to flee from their homes #Mizoram,#India due to recent airstrikes of military council and there need an urgent food. #Sep13Coup #KyawMoeTunRepresentsMyanmar #WhatsHappeningInMyanmarpic.twitter.com/P3eMrU9wIX 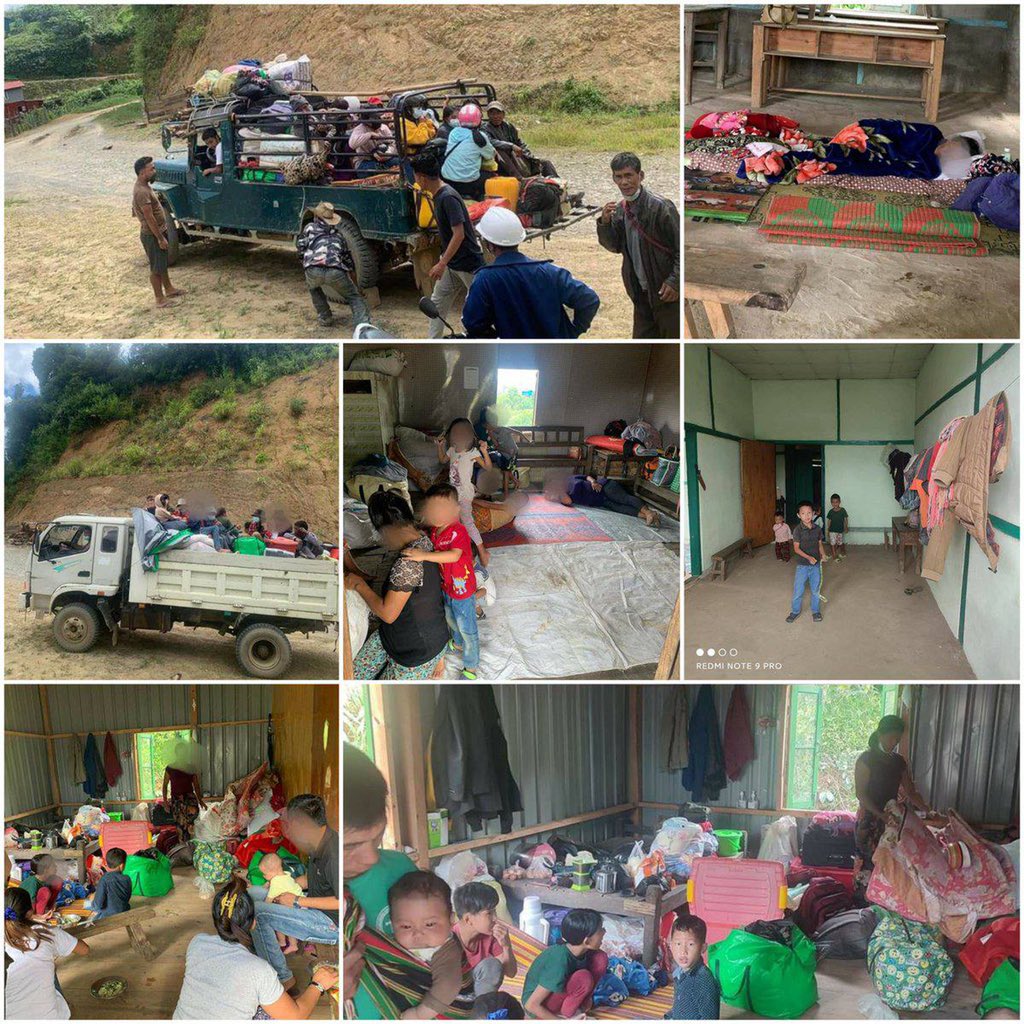 Students, youths, & women took to the streets in #Longlone Tsp to protest the dictatorship & to call on the UN to accept @NUGMyanmar & reject SAC. #KyawMoeTunRepresentsMyanmar #UN_RecognizeNUG #Sep13Coup #WhatsHappeningInMyanmarpic.twitter.com/dEaNfzqcIv

Burmese activists in Ulsan, South Korea, staged a protest against the dictator in order for the UN to officially recognise @NUGMyanmar. #KyawMoeTunRepresentsMyanmar #UN_RecognizeNUG #Sep13Coup #WhatsHappeningInMyanmarpic.twitter.com/0KRnDiTsYd 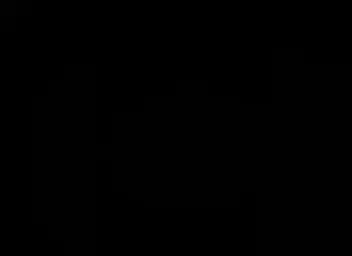 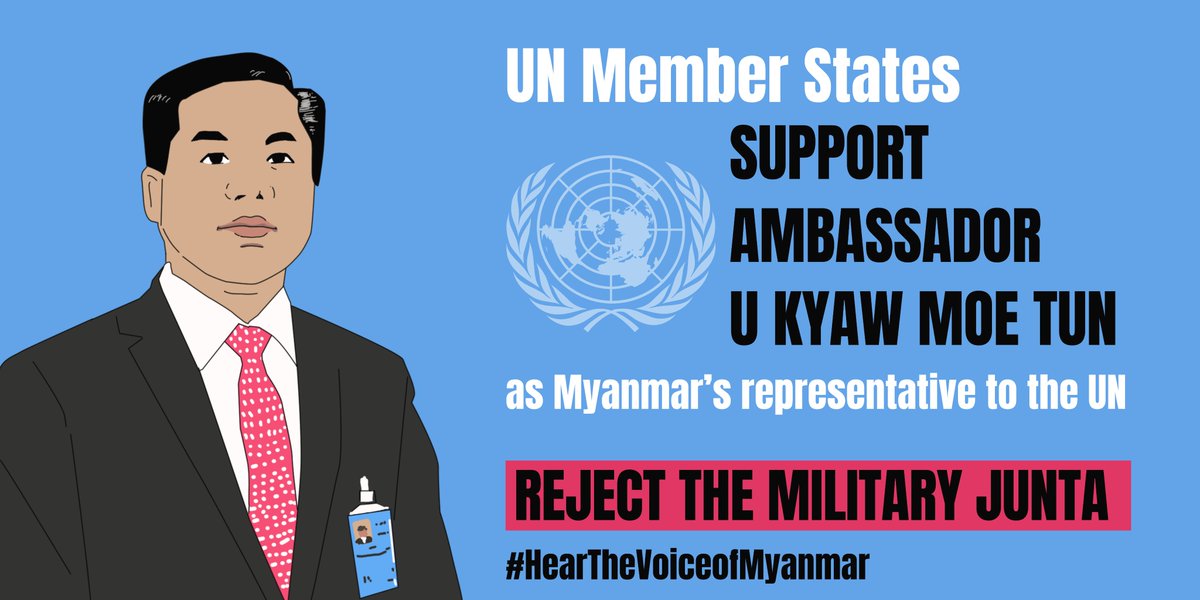 SAC military and police being totally unhinged for 74 seconds straight How could they even claim they are ‘government’ with a straight face?pic.twitter.com/aT0puw6ocp 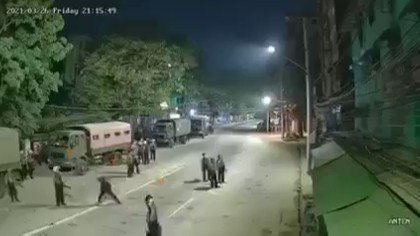 Salingyi and Yinmarbin villagers continued their protest against the military junta on Saturday for the 185th day in a row, joined by protesters from Monywa. They urged the UN to keep U Kyaw Moe Tun as Myanmar’s Ambassador to the world body. (Photo: CJ) #WhatsHappeningInMyanmarpic.twitter.com/ZdS6T6fZAJ

Myanmar garment worker and union leader from the Federation of Garment Workers Myanmar demands @adidas cease orders in Myanmar until the military dictatorship is removed. FGWM and all Myanmar garment worker union federations have called for a boycott of brands sourcing Myanmar.pic.twitter.com/5Aq76ItiV5 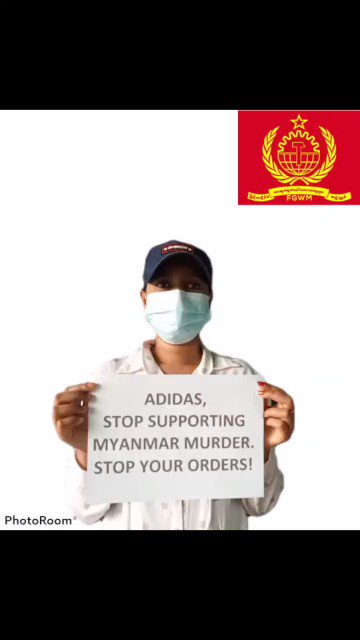 A total of 100, including #Burmese and #Israel activists in Israel staged a demonstration yesterday in front of @UN and Burmese embassies in Tel Aviv, Israel, in protest of the diplomatic struggle of GMSR. #WhatsHappeningInMyanmar #Sep11Couppic.twitter.com/HfoTrZRdzb