I give you my word as a Biden: If you make under $400,000 a year, I’ll never raise your taxes one cent. But, I’m going to make those at the top start to pay their share in taxes. It’s only fair.

The families of our fallen men and women in uniform understand the true and painful price of freedom — coping with loss and unspeakable grief. Today, on Gold Star Mother’s and Family’s Day, we recognize their enduring pain and honor their resilience.

We’re building an economy where everyone has a fair shot to get ahead — not just those at the top.pic.twitter.com/BtRVKN6kOT 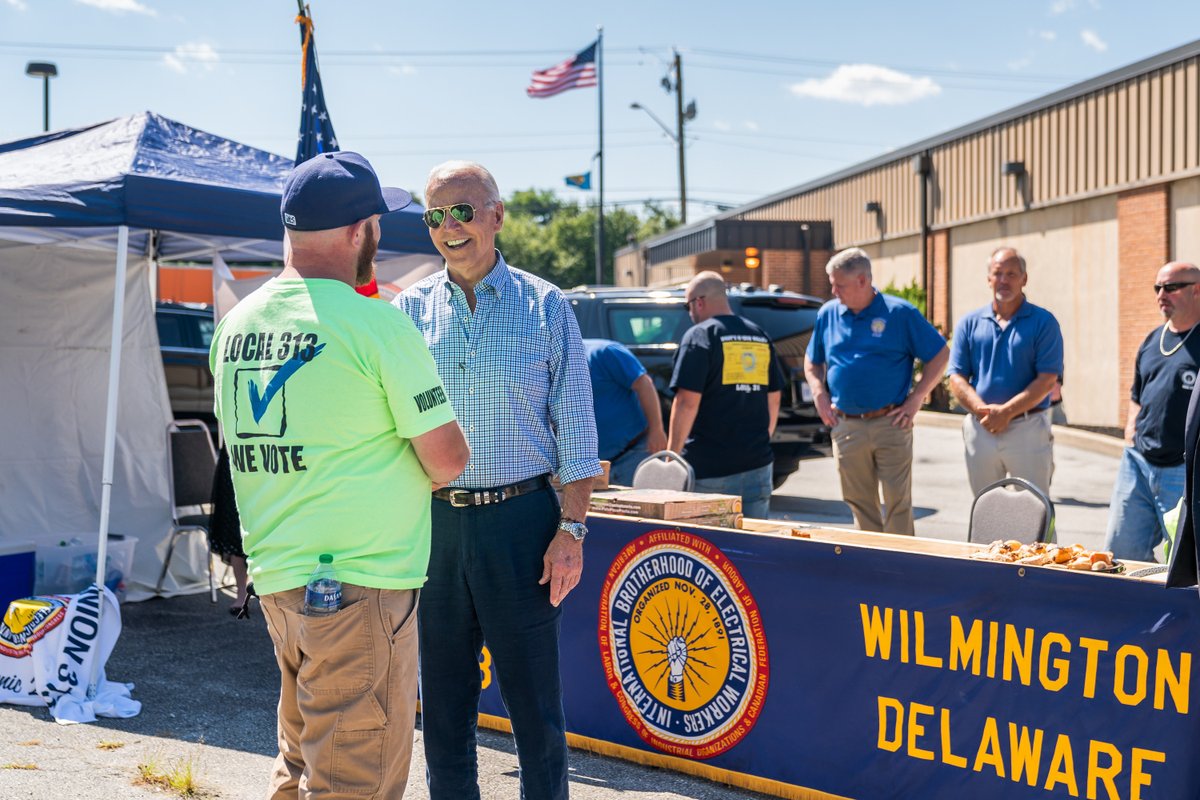 We’re going to pass a historic middle class tax cut — and we’ll do it by making those at the top pay their fair share. I know the crowd on Park Ave might not like it, but it’s time we give people in towns like Scranton — the folks I grew up with — a break for a change.

When I think of climate change — I think jobs. These union workers are leading on the technologies that will help us lead the world and tackle the climate crisis head-on.pic.twitter.com/3tSWnnz4yD 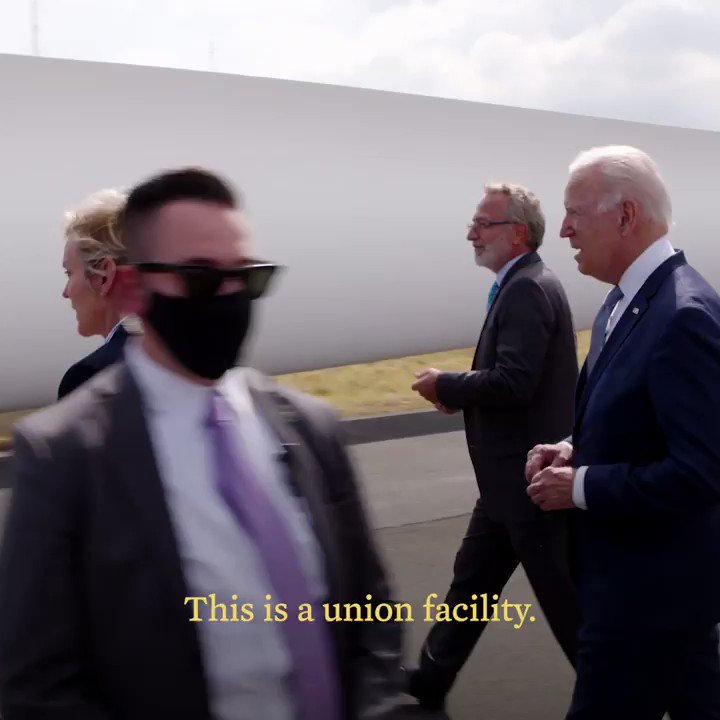 My Build Back Better Agenda costs zero dollars. Instead of wasting money on tax breaks, loopholes, and tax evasion for big corporations and the wealthy, we can make a once-in-a-generation investment in working America. And it adds zero dollars to the national debt.

As we continue our economic recovery, we have a fundamental question to answer: Are we going to continue with an economy where the rich just get richer? Or are we finally going to give working families — the folks that built this country — a leg up? I know my answer.

We can’t just build back to the way things were before the pandemic. We have to build back better. We’re building an economy where everyone has a fair shot — not just those at the top.

If you got the Pfizer vaccine in January, February, or March — and you are over 65, have a medical condition, or work in a frontline job — you can go get your booster. They will be available in 80,000 locations, including at over 40,000 pharmacies nationwide.pic.twitter.com/XT5oiTCedV 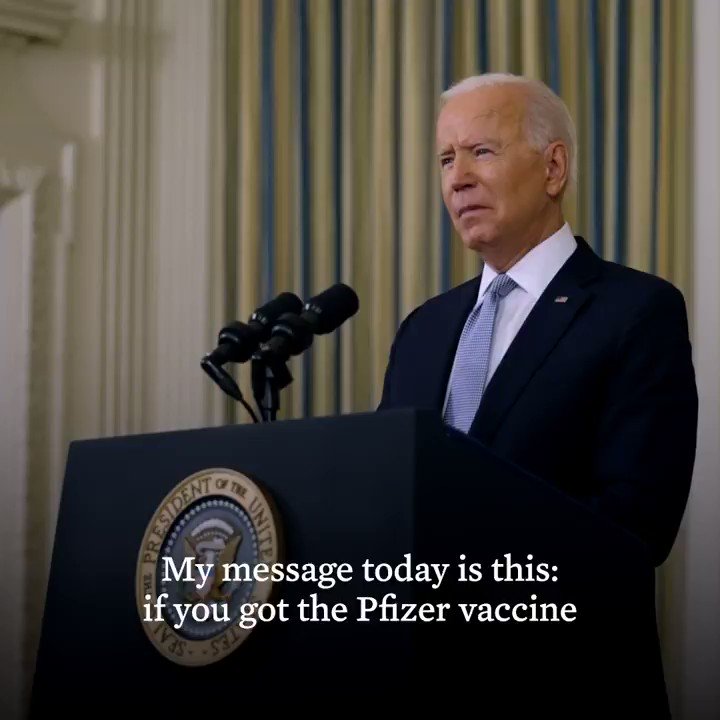 It was an honor to host the Prime Ministers of Australia, India, and Japan this afternoon for the first-ever in-person Quad Leaders Summit. We share a common vision for the future, and we’re coming together to meet the key challenges of the 21st century.pic.twitter.com/OQYRvzkqeQ 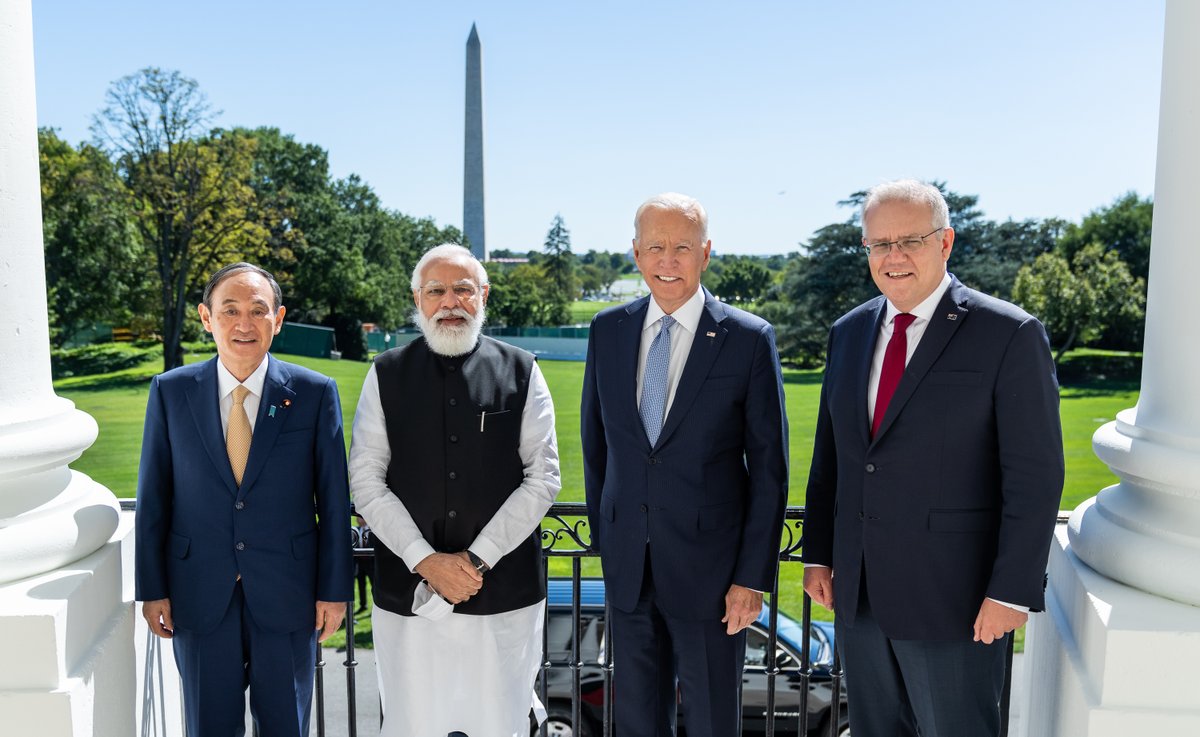 This morning, I hosted Prime Minister Modi at the White House as we launch a new chapter in the history of U.S.-India ties. Our two nations are the largest democracies in the world, and we’re committed to taking on the toughest challenges we face — together.pic.twitter.com/uO97X1upFn 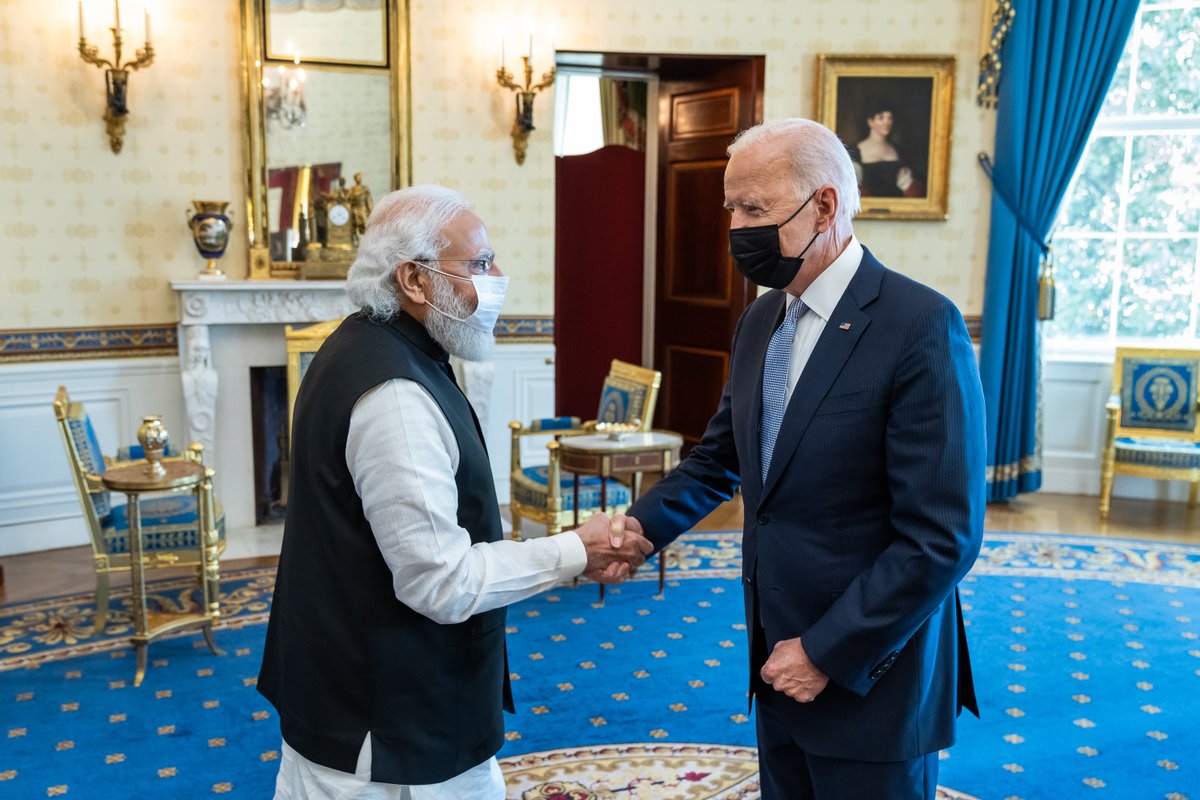 Last night, the White House was lit up gold for National Childhood Cancer Awareness Month. The fight against cancer is personal for my family — like it is for millions of others. As president, I’ll continue to invest in critical research and care to end cancer as we know it.pic.twitter.com/k4W4U50RS2 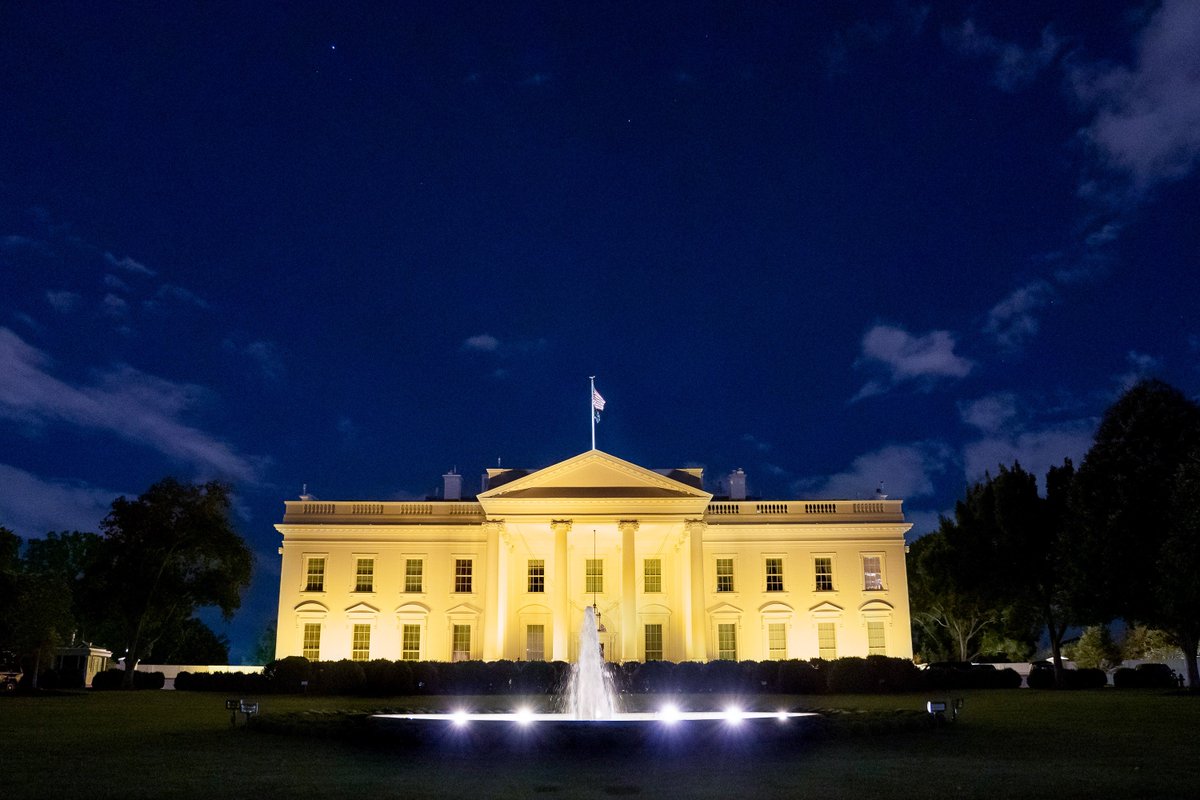 I'm heartbroken by the treatment of Haitian migrants at our border — and I acknowledge it is only the latest of many historic indignities that Haitians have faced. We will continue to offer assistance and investigate wrongdoing. I remain committed, as ever, to Haiti's future.pic.twitter.com/Cu1TlqF4EA 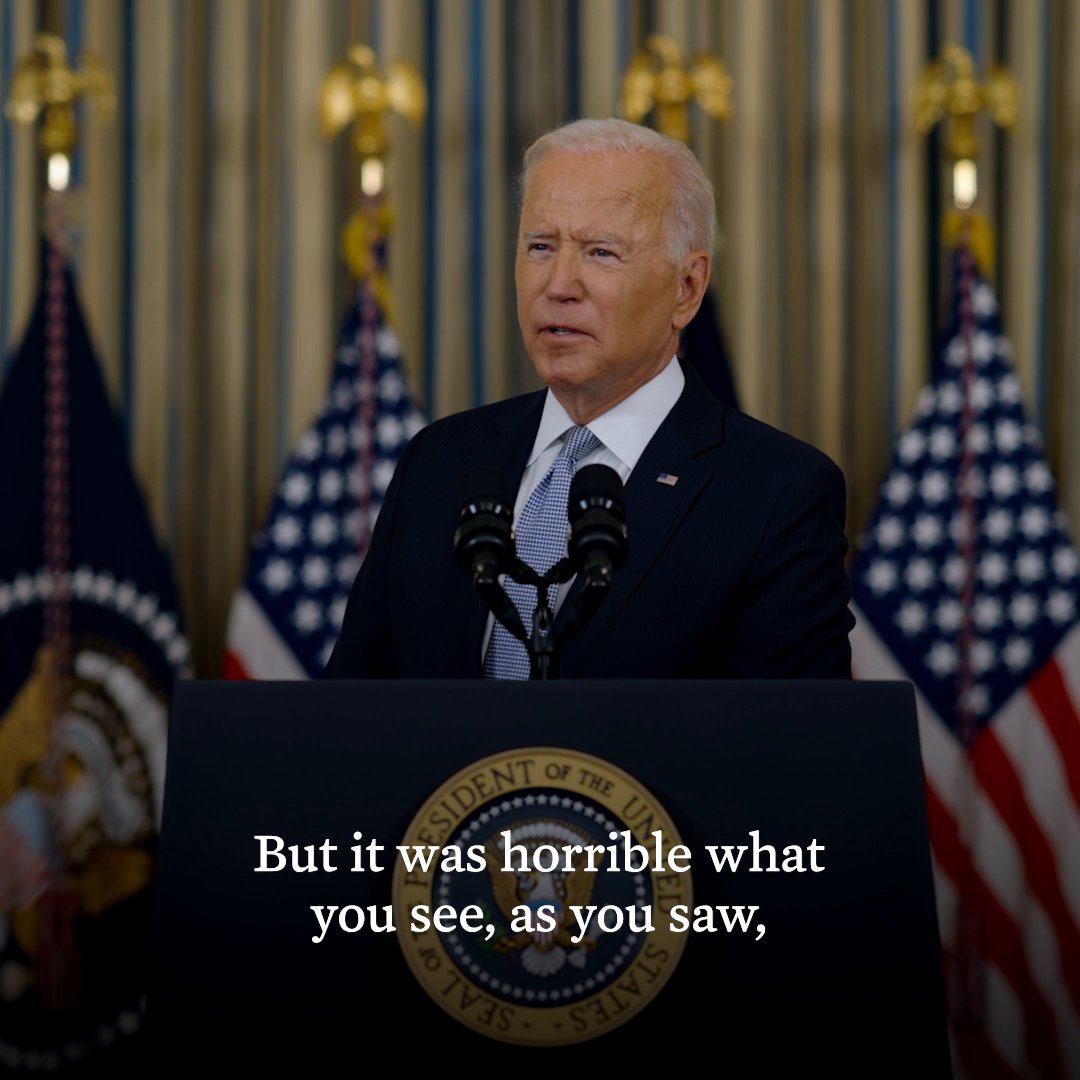 This morning I’m hosting Indian Prime Minister Narendra Modi at the White House for a bilateral meeting. I look forward to strengthening the deep ties between our two nations, working to uphold a free and open Indo-Pacific, and tackling everything from COVID-19 to climate change.

The majority of Americans who were fully vaccinated with Pfizer can receive a booster shot at least 6 months after their second shot. This includes people over 65, those with underlying medical conditions, and those in frontline jobs.

Tune in as I deliver remarks on our COVID-19 response and vaccination program.https://twitter.com/i/broadcasts/1ynJOZEgbeZGR …

My Build Back Better Agenda will restore some semblance of fairness to our tax system. Because no teacher or firefighter should be paying more in taxes than an entire oil company. It’s got to change.

It’s time we give the middle class a tax break for a change. The hardworking Americans who get up every single day and make this country run. That’s what my Build Back Better Agenda is all about.

Folks, I don’t want to punish anyone’s success. But those at the top have been getting a free ride for far too long. We’re going to change that.