Honored to have my poem 'Stardust in Jammies' featured by Cuyahoga County Public Library for #NationalPoetryMonth. @litcleveland #IARTG https://cuyahogalibrary.org/Services/William-N-Skirball-Writers-Center/Poetry/Read-Write-30-Days-of-Poetry/30-Days-of-Poetry/April-2021/Stardust-in-Jammies.aspx#.YHsFq_lS3rY.twitter …

Should we be concerned? Absolutely! Like a pandemic that has been allowed to spread unchecked, like a cancer that has metastasized, Trumpism may someday overtake the nation, and if we wait for every layperson to recognize it, it will be too late.

Mental health is assessed by asking two questions: 1. Can the person consider (and tolerate) the idea that one might be ill? 2. Will the person seek proper (mental health) help? Where do you think our nation might be?

We can’t just build for the 20th century, with roads, bridges, and electricity. We need to build for the 21st century. That means child care, home and community-based care, and real investments in the fight against climate change.

Build Back Better is a transformational plan for care, climate & citizenship from @POTUS. Thanks @USProgressives for using all your power to ensure Democrats make the big investments our communities need to succeed. #HoldTheLine

The Arizona "audit" cos Trump supporters nearly $6 million—only to assert that Biden won by even more votes.https://bit.ly/3ucGhAL

"(T)hey have guaranteed that they will retain control no matter what voters actually want. Their determination to keep Democrats from power has made them abandon democracy. @HC_Richardson nails it. Take it seriously--no 2nd chance September 25, 2021https://heathercoxrichardson.substack.com/p/september-25-2021?utm_campaign=post&utm_medium=email&utm_source= …

Charles Koch, riding high on his 2010 midterm successes, entertained Lee Fang’s questions on the street, despite warnings. Asked if he was proud of what his Tea Party had accomplished, Koch responded “Yeah,” calling it “the most successful grassroots uprising since 1776.”https://twitter.com/clearing_fog/status/1322673920806322176 …

Historians consider the Bear River Massacre of 1863 the worst slaughter of Native Americans in U.S. history. Yet few have ever heard of it.https://wapo.st/3ukXKHp

In MI, 1 in 7 children struggle to find their next meal. This #NationalHungerMonth it’s critical we address the child hunger crisis. Passing the #BuildBackBetter Budget does just that & will allow us to provide free school meals to many more children in school & over the summer!

At last, our world has a leader. She is Mia Motley, Prime Minister of Barbados, and *this* is a speech:pic.twitter.com/Xotc0qj9M5 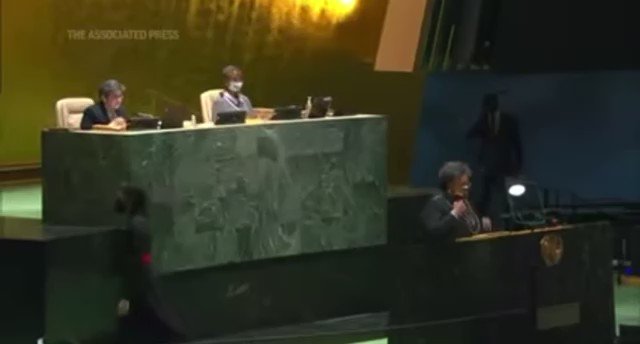 At least 49 people were shot, six fatally, in shootings across Chicago this weekend. #twillhttps://abc7chicago.com/chicago-shooting-violence-shootings-gun/11049129/ …