“This is the entire problem — she’s a failed businessperson and she’s using her campaign funds to paper it over,” says the Denver Post’s Ian Silverii on Rep. Boebert spending campaign money on her “failing” restaurant Shooters Grill.https://on.msnbc.com/3AK9buP

Senate Democrats are working with the Biden administration to crank up the speed for confirmation of key diplomatic positions that have been blocked by a pair of Senate Republicans.https://on.msnbc.com/3AWj7Ba

.@DeanObeidallah: It’s time we end this domination of the many by the few.https://on.msnbc.com/39FFdvY

“What we’re trying to do in the Democratic party is to defend democracy itself...What that means for us in Congress is to get to the truth of the January 6th attack," Rep. Raskin says, adding the attack could be a dress rehearsal for what's seen in 2024.https://on.msnbc.com/39HDypA

Rep. Waters: "Haitians have been the victims of...not only our country, but Canada and France, for years, historically. They're Black, they're poor — it's the poorest country in the hemisphere. They have been exploited and it continues all the time."pic.twitter.com/03IfcU1Rzs 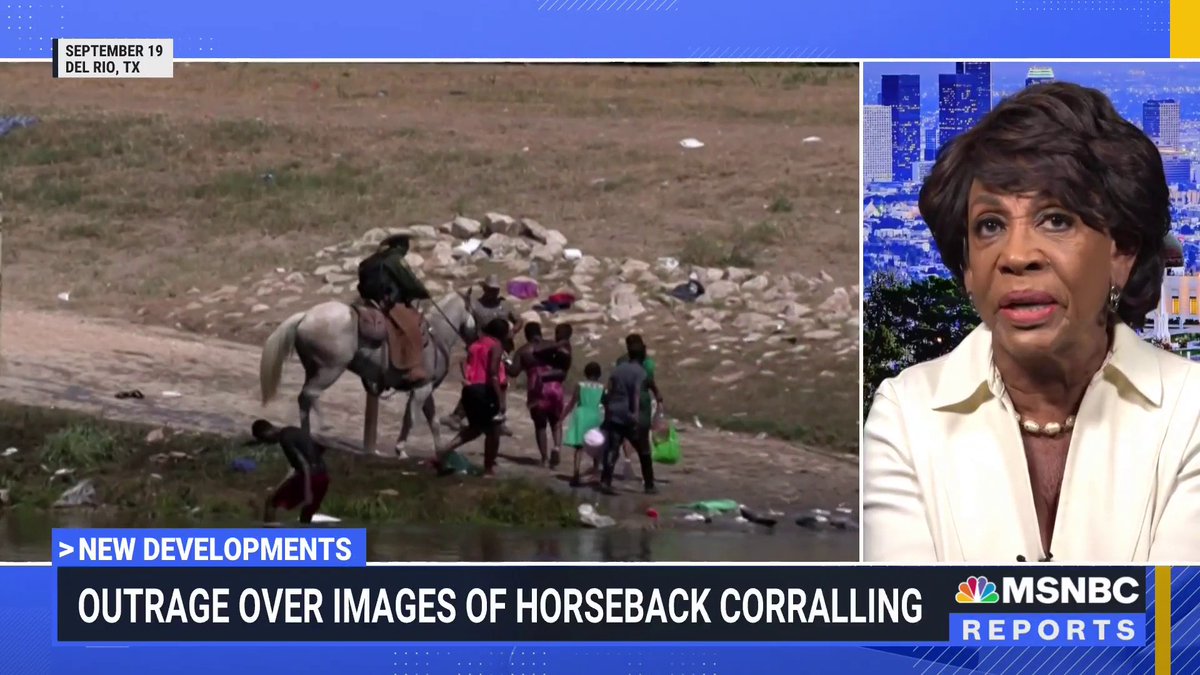 "They want to play games with our economy, with the full faith and credit of the United States," White House Press Secretary Jen Psaki says on Senate Republicans.https://on.msnbc.com/3m0vSVf

Jacob Cordeiro describes his experience during the Amtrak train derailment: "All of a sudden, it was like this extremely violent force...picked me up and threw me from my chair into the wall, and then from that position, into the other wall."https://on.msnbc.com/3AIYJDO

NEW: U.S. overdose crisis is worse than ever. In San Francisco, fentanyl killed more than 2X COVID in 2020. We rode with their innovative EMS unit exclusively responding to ODs. They say so long as inequality exists, people will use the cheap, deadly drug.pic.twitter.com/sPLAh2VBRO 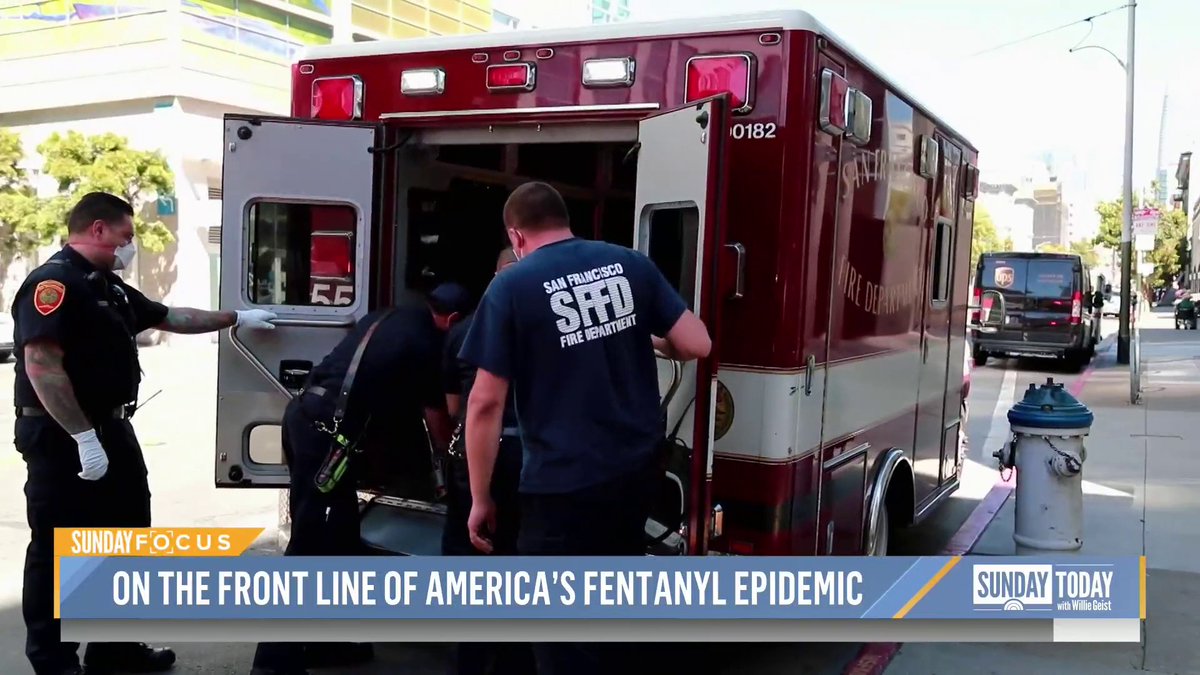 The marriage between President Biden and the public is on the rocks. Many Democrats believe that his best chance at salvaging it is to enact as much as possible of his two-part, $4 trillion domestic agenda. https://on.msnbc.com/3AMe0DA

Stacey Abrams on the new voting rights compromise from Senate Democrats: “I am excited and very supportive of the Freedom to Vote Act. It takes the best intentions that we have for protecting our democracy and concretizes it.”https://on.msnbc.com/2XTuzj3

"The results of this fraudit don't matter because it was illegitimate from the start. To say that this was a win for Biden or a loss for Trump gives stock to a scam of theft of freedom," Ali Velshi says. "If you think it stops here, you are dead wrong."https://on.msnbc.com/2ZypflA

.@MaddowBlog: The newly disclosed Eastman Memo sketched out a six-step scenario to overturn the election and keep Trump in power. It effectively outlined a coup.https://on.msnbc.com/3kFTfUH

"I've been on the side of elections where I wasn't happy with the outcome. That's the way the ball bounces in a democracy," Steve Schmidt says. "To give it up is to break faith with our ancestors and our children in a way that is unspeakable."pic.twitter.com/MqSyGLSk1O 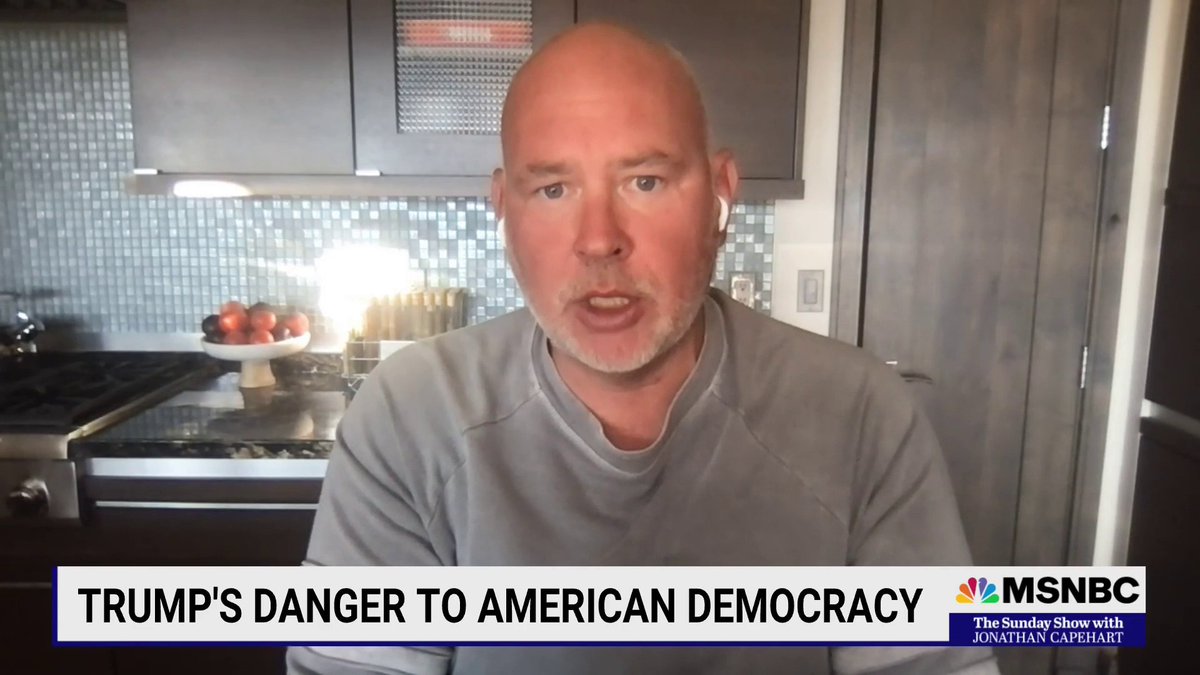 Rep. Watson Coleman on progressive positions becoming the base of the Democratic party: "We're not just talking on behalf of people who are so-called progressive versus moderate or...conservative. We're talking about what everyday people want to see."https://on.msnbc.com/3zD9GW0

.@Lawrence: "It is all a lie. He was not down there right after the event. He did not help. He did not hear any creaking building."https://on.msnbc.com/3CNGIou

With the future of our democracy at stake, it's time for Congress to leave timidity at the chamber doors and compel Trump's team to testify about Jan. 6, Glenn Kirschner writes.https://on.msnbc.com/3AVHFdy

.@MaddowBlog: After the 2020 election, fmr. VP Pence was prepared to do the wrong thing. He just couldn't find a credible way to pull it off.https://on.msnbc.com/3ESZvAv