The Republican Party is currently and knowingly harboring a violent, white nationalist insurgency against the United States. Pass it on.

The charges and the chilling tick tock of the day of the shooting from the visibly angry prosecutor:https://twitter.com/atrupar/status/1466819872160165894 …

Some background information on the parents of the Michigan school shooter. The parents, the Crumblys, have been charged with involuntary manslaughter in the case in which their son is charged with murdering four students.https://heavy.com/news/jennifer-crumbley-ethan-mom/ …

Ethan Crumbley was apparently drawing pictures of guns and people with bullet wounds hours before he opened fire in school. Crumbley's parents were also notified about this and didn't seem particularly worried about it.pic.twitter.com/S53We7yn7W

An Oakland County prosecutor says a teacher caught Ethan Crumbley searching ammunition on his cellphone during class, notified administrators, & contacted Crumbley's parents. His mom wrote to his son, "LOL. I'm not mad at you. You have to learn not to get caught."pic.twitter.com/CUahR5w4Io

60 schools in the state of Michigan are closed now due to a "tidal wave" of copy cat mass shooting threats because people are just awful.

The liberal media is at it again…

This was so powerful: last night @Surgeon_General Vivek Murthy clapped back at the absurd insults @RonJohnsonWI hurled at Anthony Fauci on World AIDS Day: that he “overhyped” HIV-AIDS and COVID: saying the numbers speak for themselves https://www.msnbc.com/the-reidout/watch/u-s-surgeon-general-covid-is-not-overhyped-the-numbers-speak-for-themselves-127774277953 … via @msnbc

What is Vaccine Apartheid: "Black & brown people in Latin America, in Asia and Africa were told to wait. We were told that the knowledge wouldn’t be shared with us. We should participate in clinical trials... but we should wait"https://www.justsecurity.org/79403/omicron-the-variant-that-vaccine-apartheid-built/ … 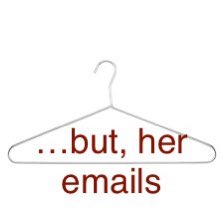