Three Habs against one Shark. Does one of them step up to lay the body? No.

Roughest night in Montreal in a long time. Ooof

“Its not Savard.” You’re right, he is one of many. But he is still laying an egg tonite.pic.twitter.com/vTopndvIto 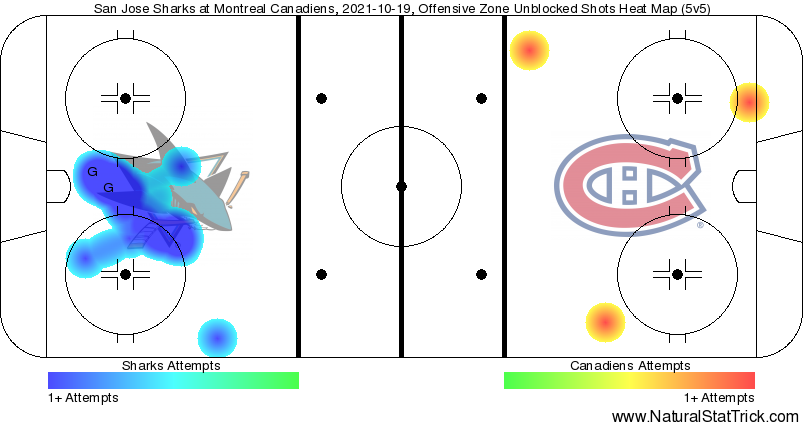 Watching the #Habs and all I can think is “uh oh.” The structure of the team barely exists, and the number of trailer plays that SJ is getting is astronomical.

A few targets for the GM spot on the Habs if Marc Bergevin truly is stepping away. This is just an exercise and in no particular order. Stacy Roest Trevor Timmins Patrick Roy Matthieu Darche Scott Bradley Martin Lapointe Jacques Lemaire Paul Fenton Rick Dudley

To be paid 30 million dollars a year and still be unhappy. Wow.

Some NBA players are such primadonna’s. Unreal.

I’d love it if the Habs modeled their powerplay after the Lightning for just a few games and see if it worked. Hoffman and Caufield on both sides for one-timers should be very difficult to contain.

Three goals in three games. Where are Toffoli, Suzuki, and Caufield?https://habspectator.com/2021/10/16/the-first-line-that-isnt/ …

The organist for the national anthem really messed something up there during O Canada… maybe hit the transpose button by accident? Shouldn’t do that to Marc Hervieux…

Habs fans need something to smile about after such a terrible start to the season. Your wish is my command :)https://habspectator.com/2021/10/15/buhoh/ …

Something to make you smile while you drink your morning coffee :https://habspectator.com/2021/10/15/buhoh/ …

Habs are flat and stay flat. Losing badly in Buffaluhoh. Plenty of crow to go around tonite.

The Habs are flatter than a pancake.

In which I pretend to know it all:https://habspectator.com/2021/10/14/outcoached-and-outclassed/ …

I have no idea what Jeff Petry is doing on a 5 on 3. It should be Wideman. You know, the offensive specialist?