NEW: Chairman @BennieGThompson and Vice Chair @RepLizCheney statement on recent reporting about the actions of senior Defense Department officials in the aftermath of the January 6th Attack on the Capitol.

All In with Chris Hayes 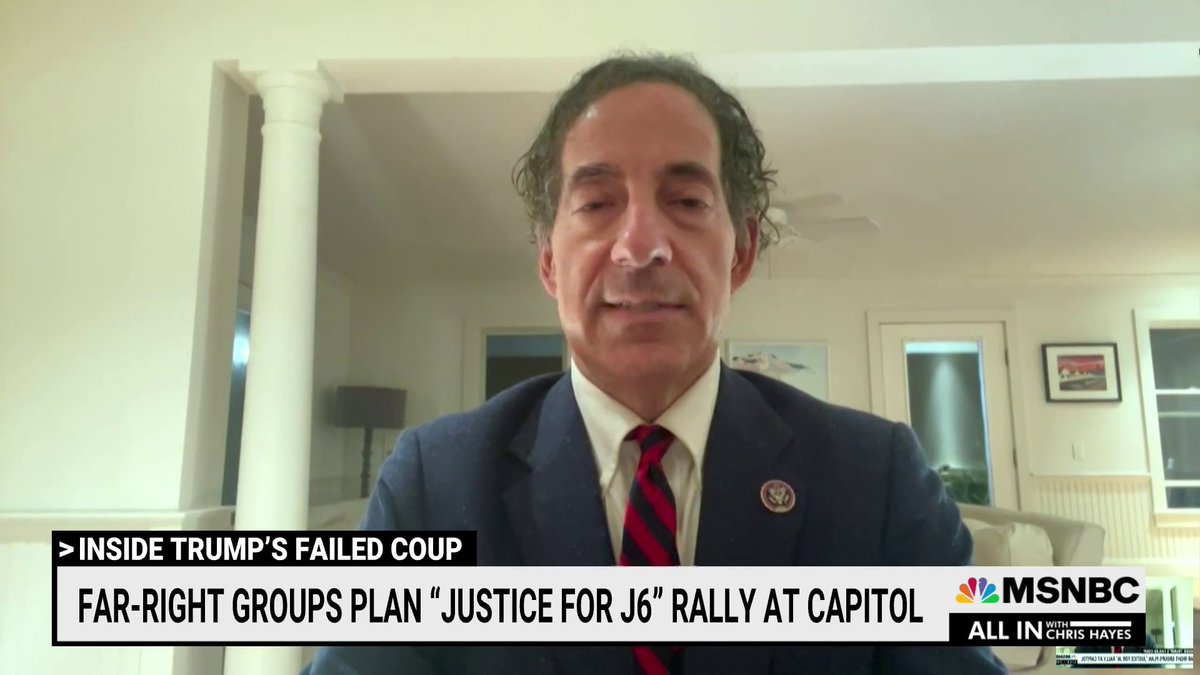 "Quite a bit of information has come in." -As one of the deadlines for submitting requested material to the January 6th Committee is reached, Rep. Zoe Lofgren reports they already have a lot to work through. @RepZoeLofgrenpic.twitter.com/omNY1ALmqA 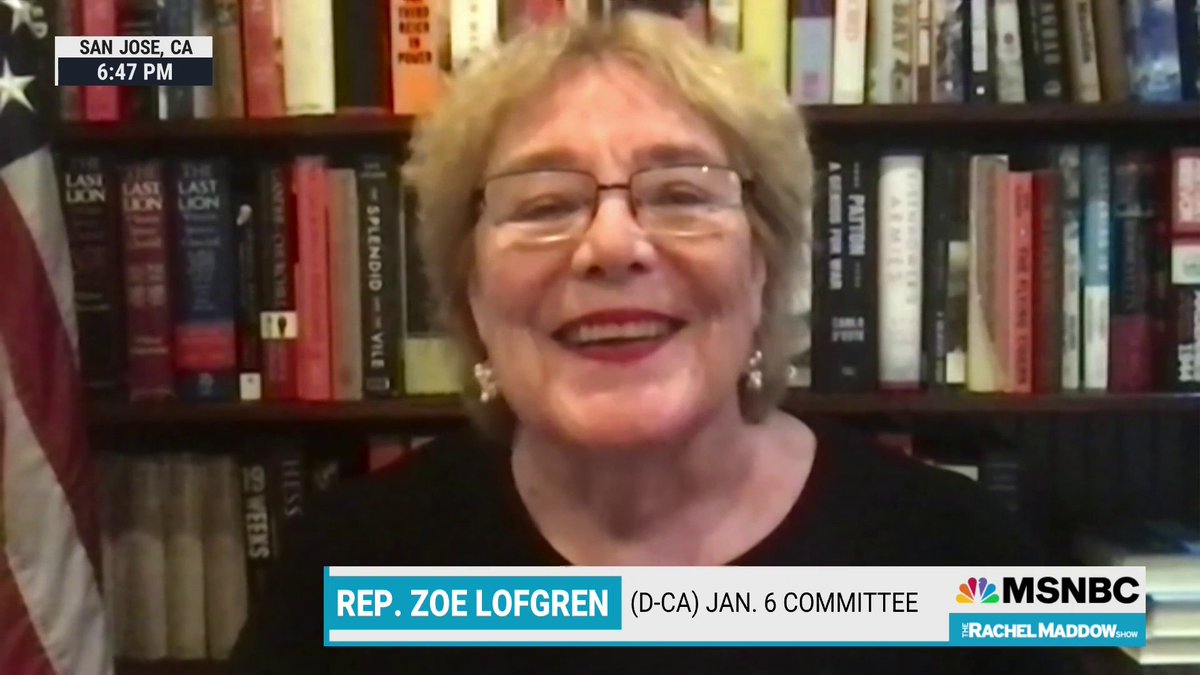 These records supplement the material we’ve received from other House Committees related to their earlier probes of January 6th. The Select Committee is also aware that the National Archives has undertaken the process required by law for review of presidential records. 2/

With several hours to go before today’s deadline, the Select Committee had received thousands of pages of documents in response to our first set of requests and our investigative team is actively engaged to keep that flow of information going. 1/

When Andy Biggs tried to tell us that the FBI had put out “a report” finding no violent coordination on Jan 6 AND then lowballed the number of rioters and insurrectionists arrested, I had to set the record straight.pic.twitter.com/TsvQjFXs3L

“PolitiFact & many other news organizations have asked McCarthy’s office… to name the law he has in mind. So far, there has been no response. “Legal experts say they don’t know of any law that would do what McCarthy says… “We rate this claim False.”https://www.politifact.com/factchecks/2021/sep/02/kevin-mccarthy/house-gop-leader-kevin-mccarthy-wrong-telecom-law-/ …

Our investigation isn't bipartisan, it's nonpartisan. Party affiliation has nothing to do with the pursuit of truth.https://twitter.com/nowthisnews/status/1433455425068978182 … 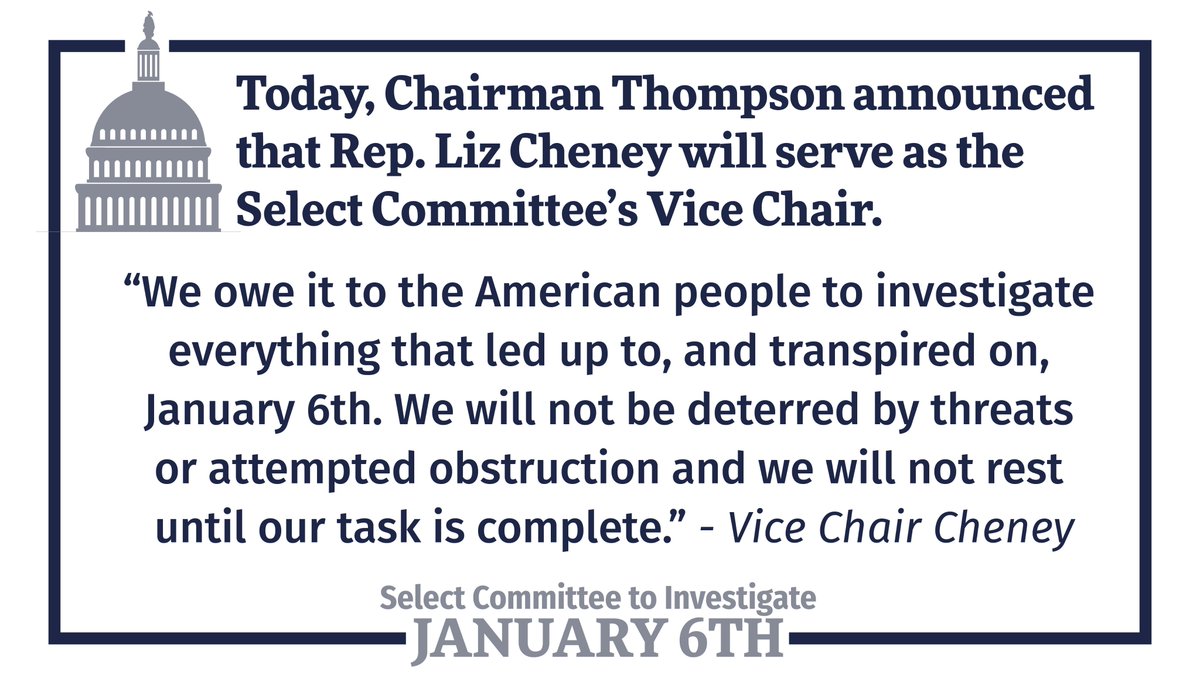 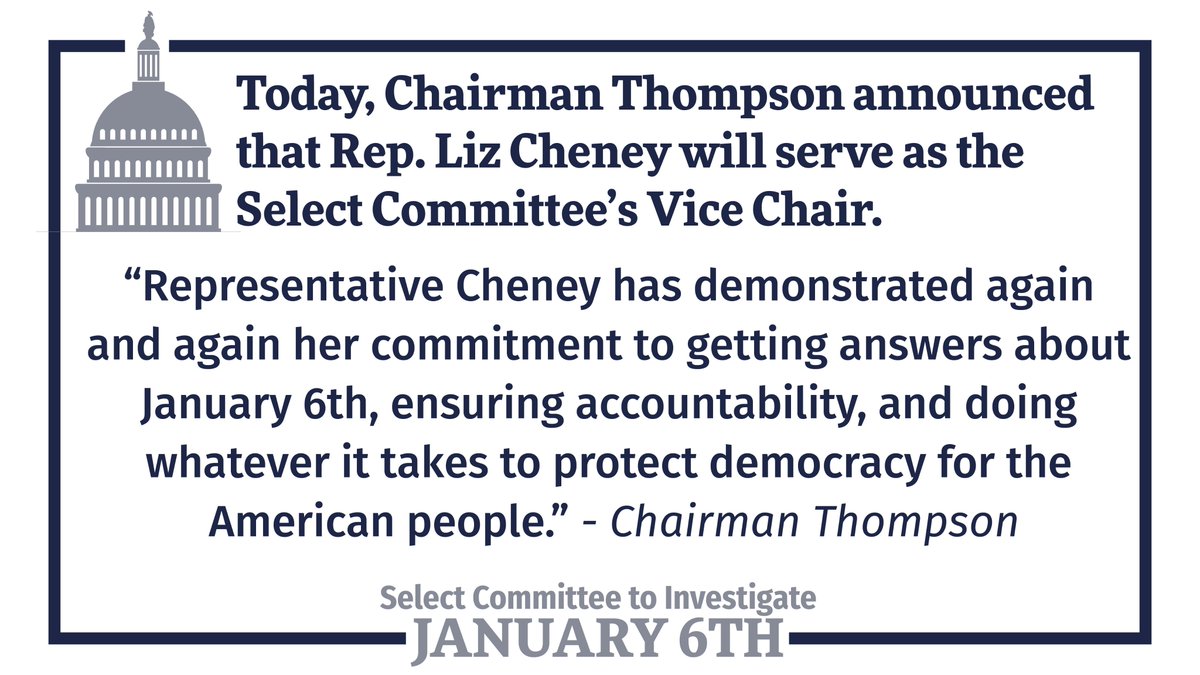 The committee’s efforts won’t be deterred by those who want to whitewash or cover up the events of January 6th, or obstruct our investigation. 2/2https://twitter.com/GOPLeader/status/1432820807684739073 …

The Select Committee is investigating the violent attack on the Capitol and attempt to overturn the results of last year’s election. We’ve asked companies not to destroy records that may help answer questions for the American people. 1/2

.@RepZoeLofgren joined @CNN’s @KateBolduan last evening to discuss @January6thCmte’s first round of demands for records. This is just the first step - the Select Committee will continue to follow wherever the facts lead in order to protect the future of our democracy.pic.twitter.com/xS2UKOcLip 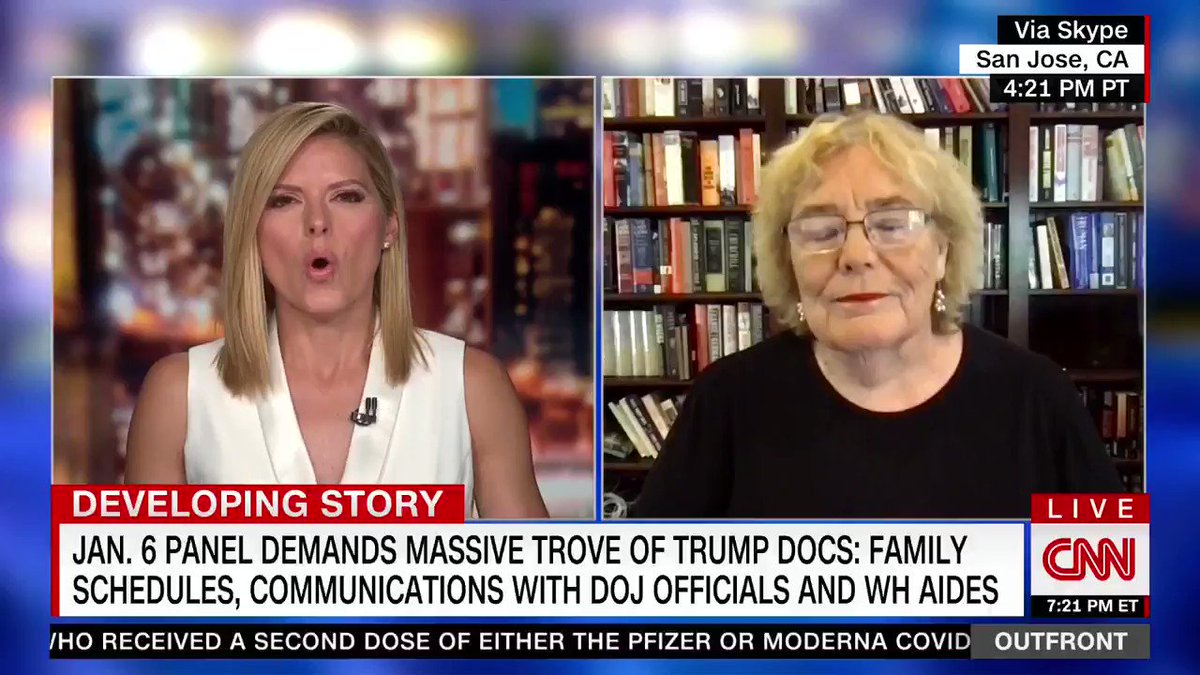 These records will help the Select Committee determine how platforms were used to spread misinformation, to advance efforts to overturn the election, to promote domestic violent extremism, or to push foreign influence in the 2020 election.pic.twitter.com/YtJck1EKMN 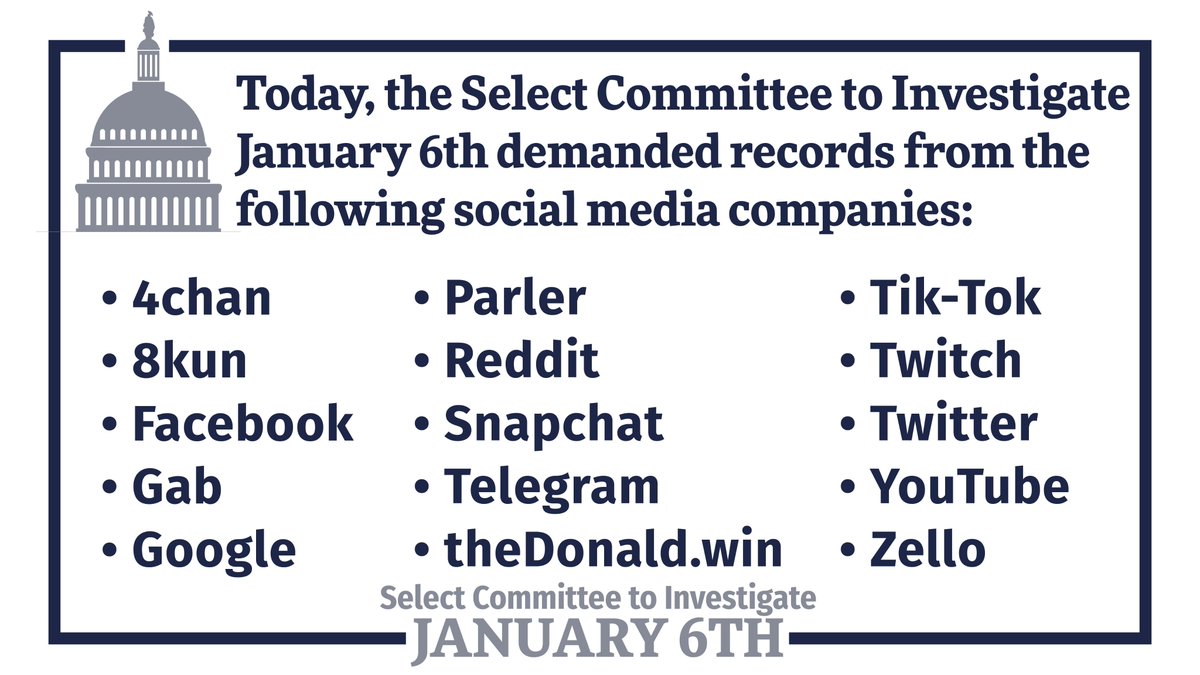