Watching Doug Ford read from a teleprompter is like watching that squirrel in the middle of a busy road trying to decide whether to run left or right.

Hey @fordnation how is your buddy @randyhillier doing??? Lmao you stooge 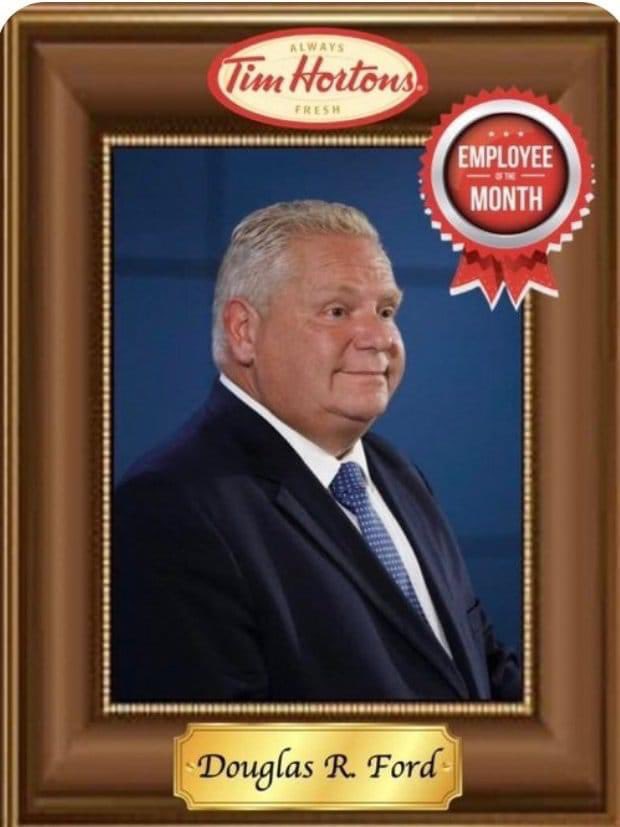 During the CPC leadership race Erin O’Toole was endorsed by Jason Kenney. For the federal election, Erin O’Toole has secured the endorsement of General Rick Hillier. I feel as though Erin O’Toole maybe doesn’t really understand the concept of endorsements.

REMINDER: The Conservative Party of Canada's 160-page election platform does not include the words race, racism, Islamophobia, antisemitism, or Black. #elxn44

BREAKING Sept 16: Didn't Dr. Moore on Sept 7 say there was a "cost" associated with rapid testing and tracing? Yes there was on one side almost 500 cases in the first 2 weeks of school and on the other unspent 2.7 Billion. $ over health @fordnation

I’ve heard from a couple folks now that @jkenney promised the @erinotoole campaign he wouldn’t do that announcement until Tuesday. They’re furious. I wonder what changed and how much worse the numbers are about to get… #cdnpoli #Elxn44

Susan *This time you stay home, not us* Kiddie

Doug, can you remind me who - scrapped Ontario's Expert Panel on Violence Against Women, - defunded rape crisis centres - blocked the release of data about sexual assaults on Ontario campuses Oh, wait...

I don’t care whether you are vaxxed or not leave the hospitals alone, garbage humans. You leave your shopping cart toohttps://twitter.com/chrissanislo/status/1437414346859102211 …