connecting good people & helping racists delete their accounts 3. Matt Gaetz’s wife called me a snowflake, Kirstie Alley hates me and I used Bumble to report incels to the FBI after Jan. 6 4. Vote BLUE in 2022

If we want our votes to count, we MUST modify the filibuster now. Pass it on.

Anti-trans hate always seems to come from people who are insecure with their own sexuality or gender identity.

Transphobia: the fastest way to keep your virginity forever.

Trump is attempting to create another social media platform after his epic fail of a blog. It’s ironically called “Truth social.” Let’s break it.

As if we didn’t already know, Republicans don’t believe in citizens having the Freedom to Vote. This makes them 10000% anti-democracy and even more unfit to serve.

Joe Manchin is a traitor.

Some kids never get toys on Christmas. Everyone going nuts shopping to make sure their kids have them should consider donating half of what you buy this year. Teach your kids and yourself a valuable lesson.

Travis Tritt is canceling himself.

Somebody please tell Jason Miller to stop calling us and crying.

I agree with future Governor Beto, it’s filibuster or democracy.

There’s no better feeling than finallyyyyy telling someone who caused you trauma that they are a shit human. They deserve to hear it, but more than that, you deserve to get to tell them.

Joe Manchin’s watered down voting rights bill didn’t pass today after he promised he could get Republican votes because he’s an idiot and bipartisanship is dead. End or amend the filibuster.

The "donaldjtrump" account of Trump's TRUTH Social has already been hacked.pic.twitter.com/LDQ5w24tcV 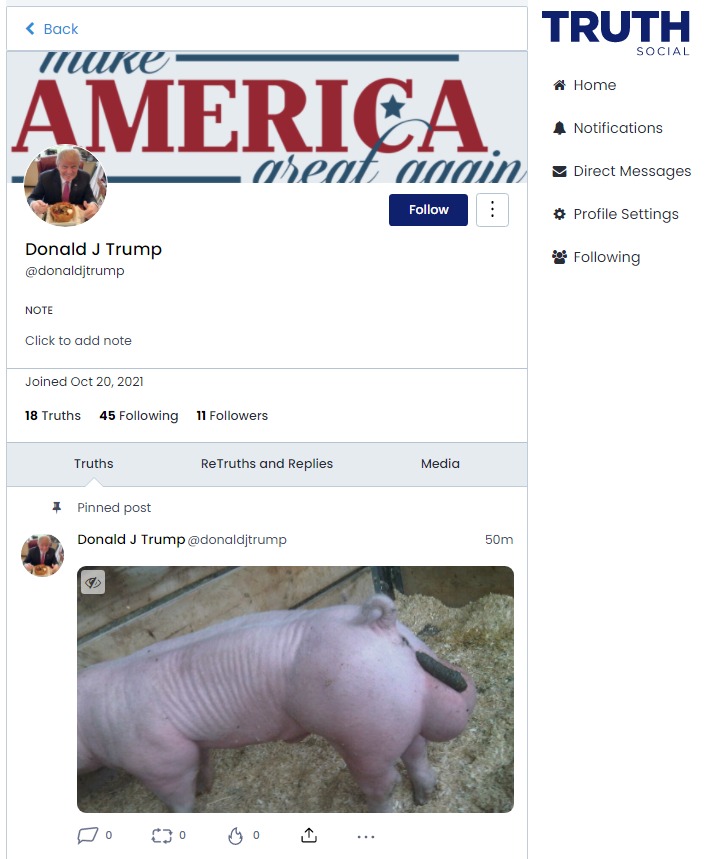 I can’t stop laughing at this screenshot of the TRUTH Social app - the typo, the chat, and the attempt at mocking Jack Dorsey. Their creative team chose to make this and put it in the Apple App Store lol.pic.twitter.com/sVc9SJEC34

Abolish the filibuster before the Republicans abolish democracy.